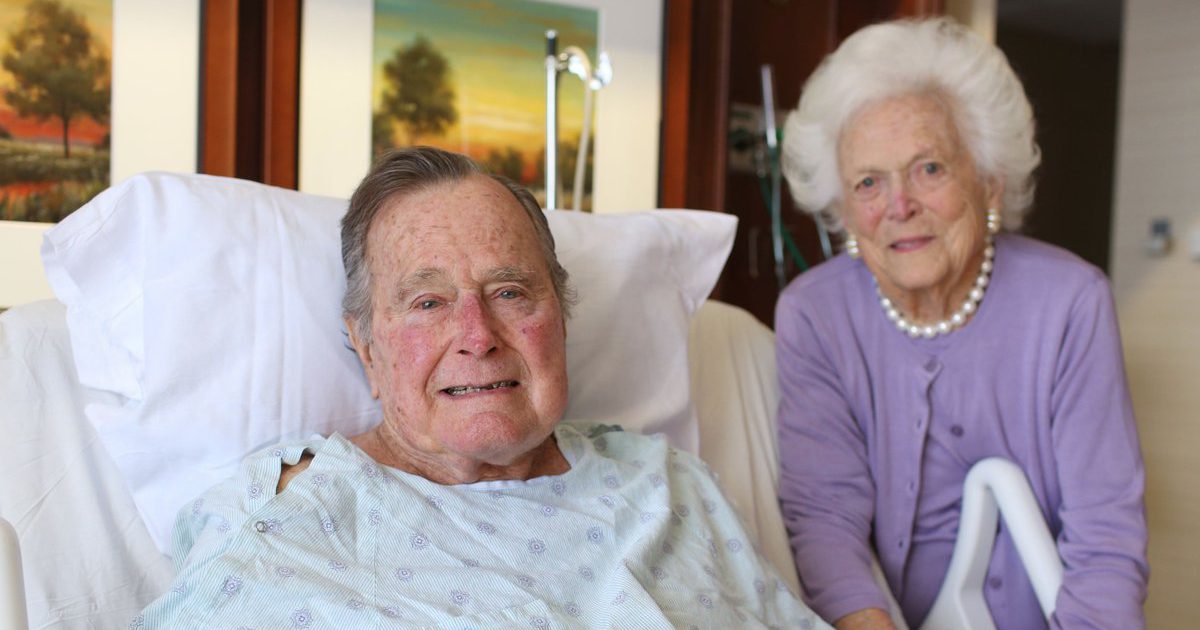 Spokesperson Jim McGrath confirmed to KHOU that the former President is in the hospital for the second time this year. He’s been taken to Methodist Hospital in Houston, Texas.

“President George H. W. Bush was admitted to Houston Methodist Hospital on Friday for observation due to a persistent cough that prevented him from getting proper rest. It was subsequently determined that he had a mild case of pneumonia, which was treated and has been resolved. President Bush is in very good spirits and is being held for further observation while he regains his strength.”

McGrath says Bush is “already well on the path to recovery and going home.”

Both Bushes were hospitalized in January with more serious cases.

President and Mrs @GeorgeHWBush thank their fellow Americans and friends from around the world for their prayers and good wishes. pic.twitter.com/PhpXXGKl6p

RELATED: Bill Clinton reunited with George H.W. Bush and gifted him some comfy accessories for his feet

The special relationship of George H. W. and Barbara Bush