Happy campers: family of 14 that’s been living out of an RV for years and traveling all over the US are the next reality TV stars 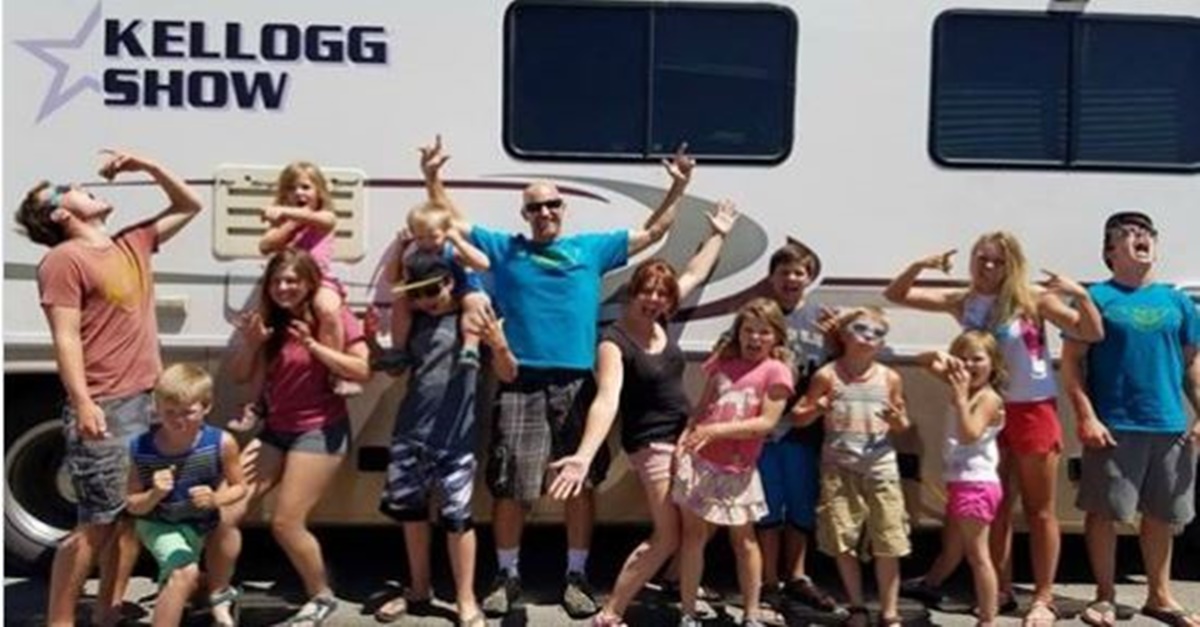 The reality show revolving door is constantly turning, and in the latest turn, a family of 14 is getting their own show on TruLife, which will be called “The Kellogg Show.”

The Kellogg’s have been in and out of the news over the past few years after the parents packed their 12 children into an RV for a “fun vacation.”

"It is only in adventure that some people succeed in knowing themselves, in finding themselves." Andrew Gilde This quote is brilliantly accurate. Pushing yourself, finding your limits and blasting through them is part and parcel in life. If you never leave your city, your job, your country, even…how do you learn perspective? How do you learn who you are in adversity? How do you learn how far you can go? #wanderlust #travel #never9to5 #adventure #adrenaline #badass #caving #spelunking #badassfamily #optoutside #cave #expedition #dowhatyoulove #extreme #explore #gromlife #borntoroam #vanlife #nevergettingolder #nature #pursueyourpassion #wanderlust #nomad

RELATED: The “Shark Tank” cast has added to the panel who’s been on reality TV for some time

Five years later, the “fun vacation” is now their lives. According to their website, they’ve covered over 40 states and all of eastern Canada, and they’ve logged over 85,000 miles in their beloved home-on-wheels.

Hey Guys! We've finally realized that living with 12 kids in a 36' RV doesn't give us the space we need. We really…

They wrote on their website, “Our youngest, at 3, has the mind and the experience of someone three times his age and the same goes for the rest of our kids, and, I’d like to think the same for us parents as well.”

Life is way too short to not do what you want. Get out there, be wild, be free. Take it to the man. There is no script-that's the thing, so many people think they have to live according to societal rules in order to be successful. Live a little, rebel, exist outside the cage, dance, run, travel…if not now, when? #live #mountains #travel #traveler #rafting #whitewater #horizon #rebel #wild #freedom #coloradolive #adventure #adventurethatislife #livefree #badass #badassfamily #kelloggshow #photo #photography #escape #beautiful #befree #wanderlust #wanderer #nomad #nature #never9to5 #fun #happy

When the Roots are Deep, there's No Reason to Fear the Wind! #family #travel #adventure

They say that their lives work because they don’t actually “live” in the RV — only sleep and travel. Instead, they spend their time outside “kayaking, snowboarding, climbing, hiking, caving, biking, surfing, biking, and being together.” The parents have branded themselves as “self-employed entrepreneurs” and they ”

Is there a better place to do school than in a fort you made yourself? #homeschool #roadschool #adventure #travel

The parents have branded themselves as “self-employed entrepreneurs” and they “roadschool” their kids. Mr. Kellogg still works, writing code on the internet, and he’s taught his children how to code as well, which they do for several hours each week.