Hundreds of thousands of red Skittles covered the road — and that’s not even the weirdest part. 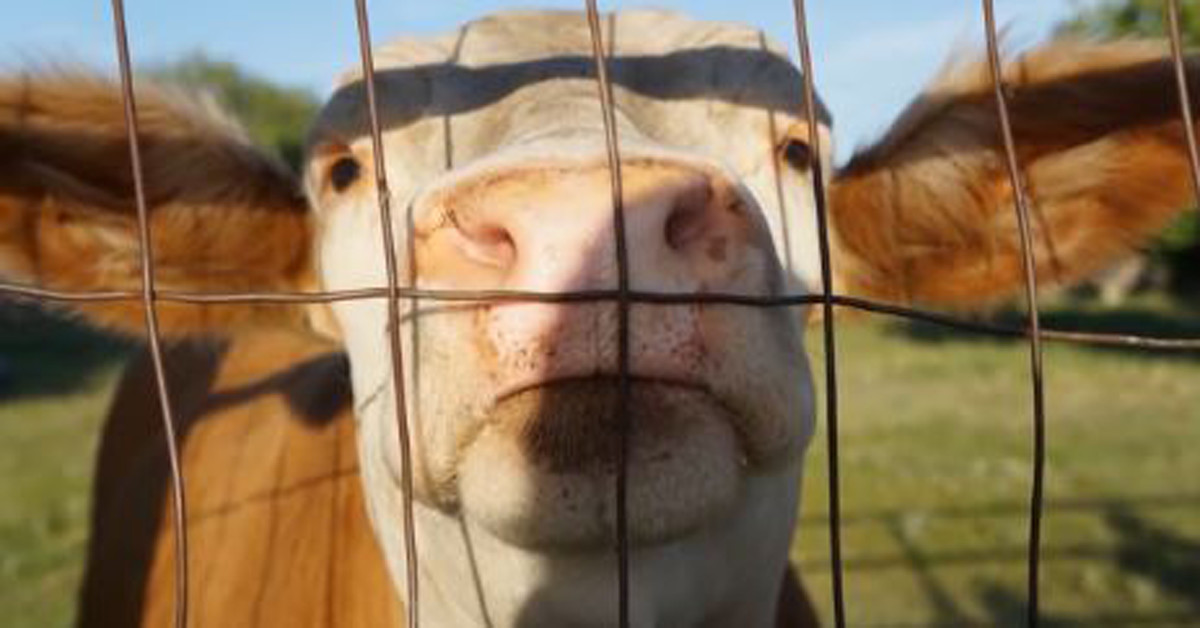 NDN/Fans 1st Media, Jukin
"This cow waited for his best friend to roll next to him in their wheelchair. He happily greeted them, but when they said the word, they raced each other side-by-side along the fence."
It started with a road in Dodge County, Wisc., where residents woke up to find hundreds of thousands of sugary candies had spilled on a roadway.
They called the Dodge County Sheriff out to investigate. Dodge County Sheriff (and apparent snack enthusiast) Dale Schmidt told WISN that they positively identified the spilled load as Skittles, telling them, “There’s no little ‘S’ on them, but you can definitely smell, it’s a distinct Skittles smell.” Road crews who cleaned up the spill told CNN that Skittles are good for traction, like road salt. (Another “huh.”)
RELATED: He never expected to run into two cows on the road, let alone cows doing the nasty
Read what the sheriff’s office posted on Facebook and tell us if you scratched your head at the same thing we did.

While we don’t know who did this, it is certainly clear that it may be difficult to “Taste the Rainbow” in it’s entirety with one color that likely fell off the truck!

Cattle feed? They’re using Skittles for cattle feed?
WBAY reports that it’s a common practice, as candy makers and bakeries sell reject candy to farmers; sugar makes for cheap carbs. It’s been done for some time but gained traction in 2012 as a drought and increasing ethanol production pushed corn prices to historic highs.