Less than one week before his death, former Navy SEAL Chris Kyle gave what is believed to be his final interview, with the Texan News Service.

“Everything has changed,” Kyle said of how his life has been since the release of his widely praised book, “American Sniper.”

Two years later, on the anniversary of his death, Texas will celebrate Chris Kyle Day to remember what Kyle represented for Texans, veterans and citizens across the country.

When K’Leigh Bedingfield of the TNS asked Kyle if he was keeping up with the high sales figures of his book, Kyle diverted the praise, mentioning that he was now trying to raise money for soldiers who never came back from war.

“The book was good, it was nice to be able to put it down and get the word out there and highlight the people I felt were the true heroes and acknowledge those,” Kyle said.

“All the money from this book that I get I have given back to the family members of the guys I lost.”

While Kyle stayed calm and reserved in the interview, he grew excited when discussing the awareness he was able to raise about the plight of veterans.

“I definitely feel that people are starting to wake up a little bit,” Kyle said.

“People are also asking ‘how can I get involved,’ ‘what else can I do.’ It’s definitely had a lot of movement that way, which is outstanding.”

Near the end of the interview, Kyle spoke about his efforts to welcome veterans dealing with issues from combat by inviting them to hang out with him and his friends, and teach them how to hunt.

“They come in on a Friday night. We have dinner and you get to meet everyone who’s going to be teaching or instructing you down there,” Kyle said.

“We definitely want you to get to know us a little bit before we start teaching you so you’re a little more relaxed and kind of know how we are and how we operate so you aren’t nervous.”

Five days later, during one such trip, Eddie Ray Routh, himself a fellow veteran would shoot and kill Chris Kyle and a fellow instructor. 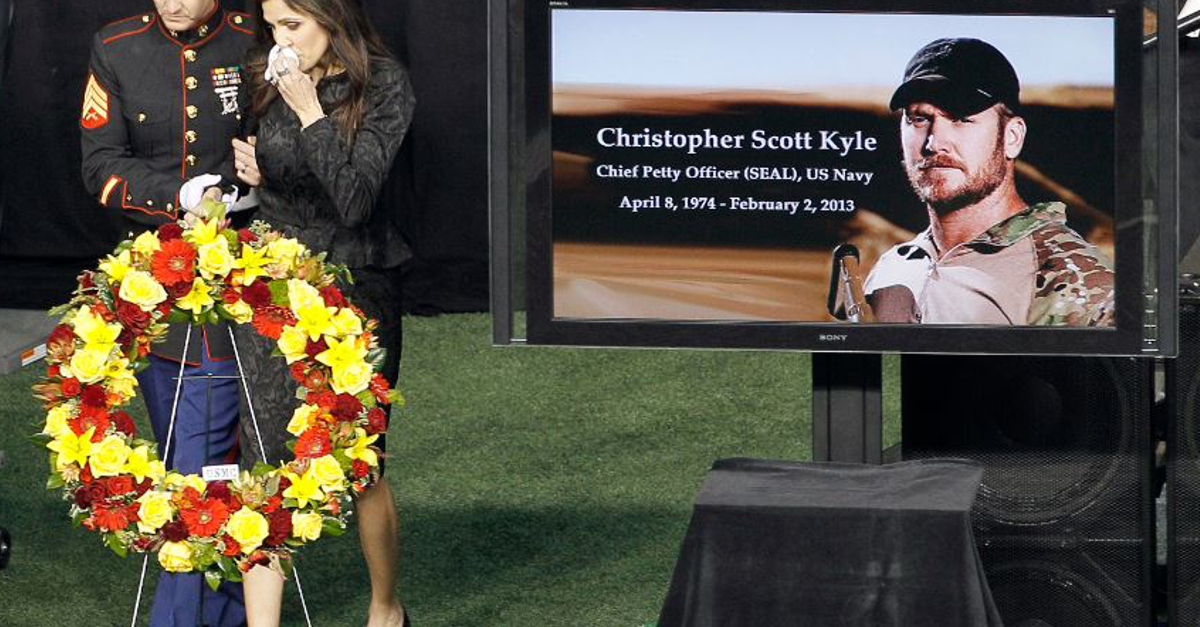