Reddit user FlyingFish Thomas went to the Ask Reddit section of the website on Thursday to ask users about the nicest things police officers had ever done for them.

Though some people made jokes about cops, others shared their heartwarming and sometimes hilarious stories about times when officers were put in a more positive light.

In recent months and years, many in the country have felt anger toward police officers after a string of shootings that left civilians dead, even though they were doing things that should not carry a death sentence.

Michael Brown, Philando Castile and Alton Sterling have become household names, thanks to the media coverage surrounding their unfortunate deaths in officer-involved shootings.

Without taking away from those tragedies, FlyingFish Thomas tried to conjure up some positive stories about police.

“Peeing on a tree on church property…cruiser pulls up mid-pee, can’t stop and knew I was busted. Officer rolls down the window and says to me, ‘I’ll let God sort you out’ and drives away,” one user wrote.

Another shared a story about a rough night in Munich where police were there to make things right.

“I was assaulted in Munich, Germany at a subway station late at night. There were very few bystanders but a couple of them managed to call the police during the assault. It didn’t last long and the two guys ran off. Within 2 minutes there were 2 police vans and 2 cars on the scene. About a dozen of them poured out of there like it was a fucking clown car,” the user wrote.

“Within five minutes there were police at every subway station within 10 miles connected to that line. They caught one guy that night, the other a couple of days later after me and my friend who was with me identified the accomplice. Never have I seen a more competent police force. Thank you Munich police, you’re fuckin top notch!”

RELATED: This touching photo of children praying in front of a police car is going viral for all the right reasons

One user had a story about a sweet encounter with a cop, who could have made their pre-college life a lot harder with hefty fines from speeding tickets.

“He took my license and registration, came back a few minutes later with only a warning, and one piece of advice: “Next time someone asks you want you’re going to school for, don’t say ‘I want to be a teacher,’ say, ‘I’m going to be a teacher.’ And then he walked away.”

One of the dozens of replies came from Prannke, who told a story that they think about whenever people curse the police on the Internet:

“When I was a kid my mom had a seizure behind the wheel of her car when my sister and I were in the backseat and thankfully she just ran into a road sign. The paramedics took her away and the other officers just called my dad and ignored the two kids in the back seat crying.

“This amazing older officer got us chicken nuggets from McDonald’s and told us about his horse. Whenever I see people online saying fuck the police I think of that nice old man that got dinner for two crying little girls and spoke with them about horses.” 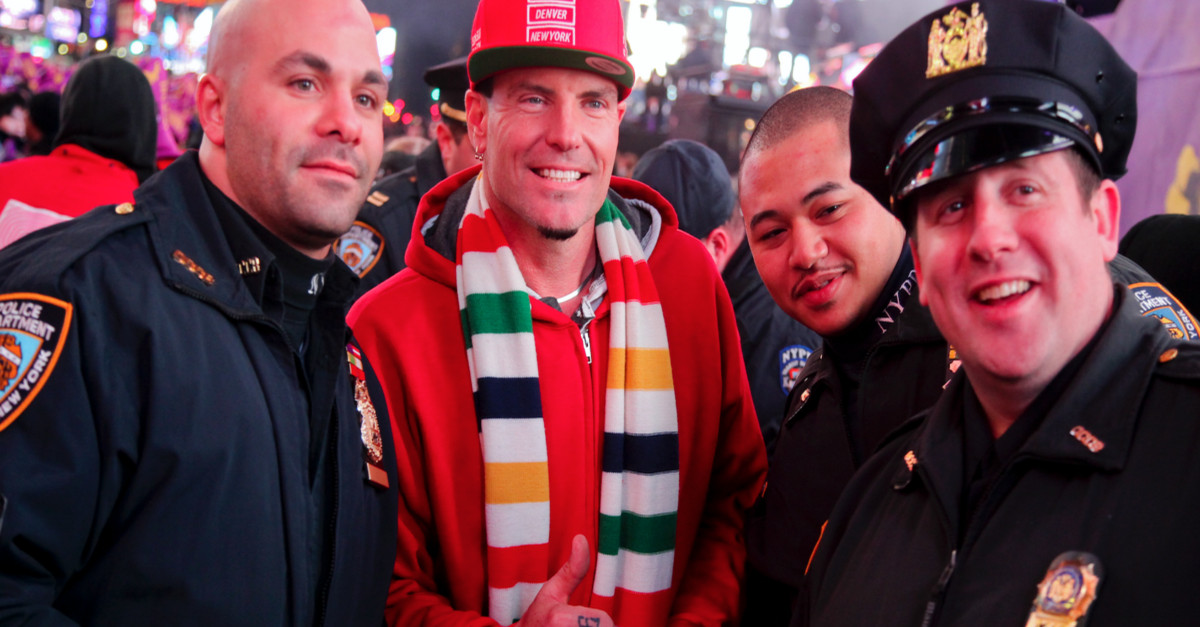