Trump gained political notoriety during the 2012 election when he publicly questioned whether President Obama was born in the U.S., or Kenya as some conspiracy theorists have suggested. Trump said he would donate $5 million to the charity of the president’s choice if he would show his birth certificate and prove he is indeed a U.S. citizen.

On MSNBC on Thursday night, Giuliani confirmed that, that was all a bunch of horse shit.

“I confirm that and Donald Trump now confirms that,” Giuliani said, acknowledging that President Obama is indeed a U.S. citizen.

RELATED: Hillary and Trump get into another stupid birther argument

Giuliani, once known as “America’s mayor,” now a talking head for the Trump campaign, even went so far as to say that it was former Secretary of State Hillary Clinton’s fault that people think Obama was born in Kenya, and that Trump has dropped “birtherism” for years.

“Just go back and look – he has said it already,” Giuliani said.

Chris Matthews refused to let the former mayor get away with his claims.

“We checked this before you came on because one of our senior producers thought you might say this,” Matthews said.

“There is absolutely no record ever of Hillary Clinton or anyone in her campaign ever saying that President Obama is not legitimate.”

According to Giuliani, he was right and Matthews was wrong. 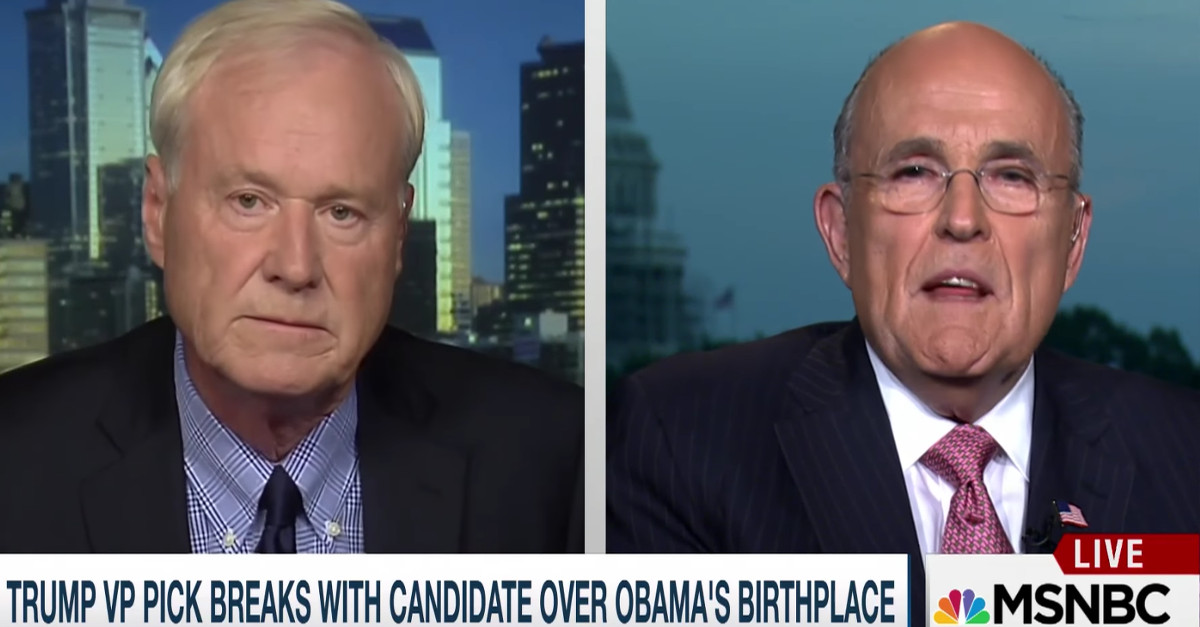