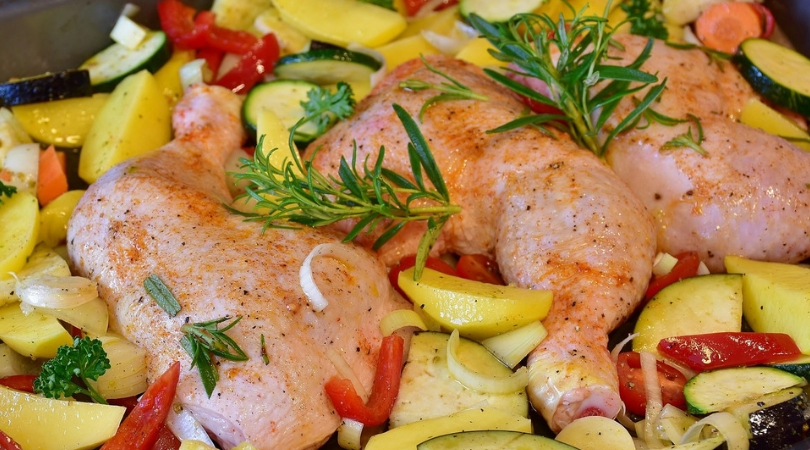 At least 92 people in 29 states have been infected with a strain of multidrug-resistant salmonella, after coming in contact with a variety of raw chicken products. According to the Centers for Disease Control And Prevention, 21 of the sick patients have been hospitalized, but no deaths have been reported. Ages range from less than 1 year to 105 with a median age of 36.

The source of the raw chicken has yet to be determined for lab tests, and no single common supplier has been identified. (Meaning, health experts do not know what stores are being affected) The strain has shown up in sampled from a variety of raw children products including chicken pieces, pet food, ground pieces, and whole chickens. The bacteria has also been found in live chickens. The US Department of Agriculture’s Food and Safety and Inspection Services are currently monitoring the outbreak, and the CDC investigation is ongoing.

The salmonella outbreak is said to be resistant to multiple antibiotics, which is the most common form of treatment. People sick with the strait have reportedly experienced cramps, stomach pain, diarrhea, and fever 12 to 72 hours after exposure. Most infected with salmonella strains, the most frequent cause of foodborne illness, get better within 4 to 7 day without treatment. Symptoms can worsen for people with underlying medical conditions, children under 5 and those older than 65, since they tend to have weaker immune systems.

CDS says the outbreak began in January 19,208 and running through September. Out of the 29 states, patients were mostly in the Midwest and the Northeast, with 87 percent of cases being east of the Mississippi River. New York had 10 cases reported, Pennsylvania had 11, and New Jersey had 9. Florida and Texas each have two cases and California has one so far. Other states include Washington, Nebraska, Missouri, Minnesota, Illinois, Indiana, Michigan, Ohio, Kentucky, Tennessee, Alabama, Louisiana, Georgia, South Carolina, North Carolina, Virginia, Maryland, Delaware, Connecticut, Rhode Island, Hawaii, Massachusetts, and Maine.

Although it is a given that poultry can spread germs any time you handle it, CDC remind anyone who consumes the product to do the following: