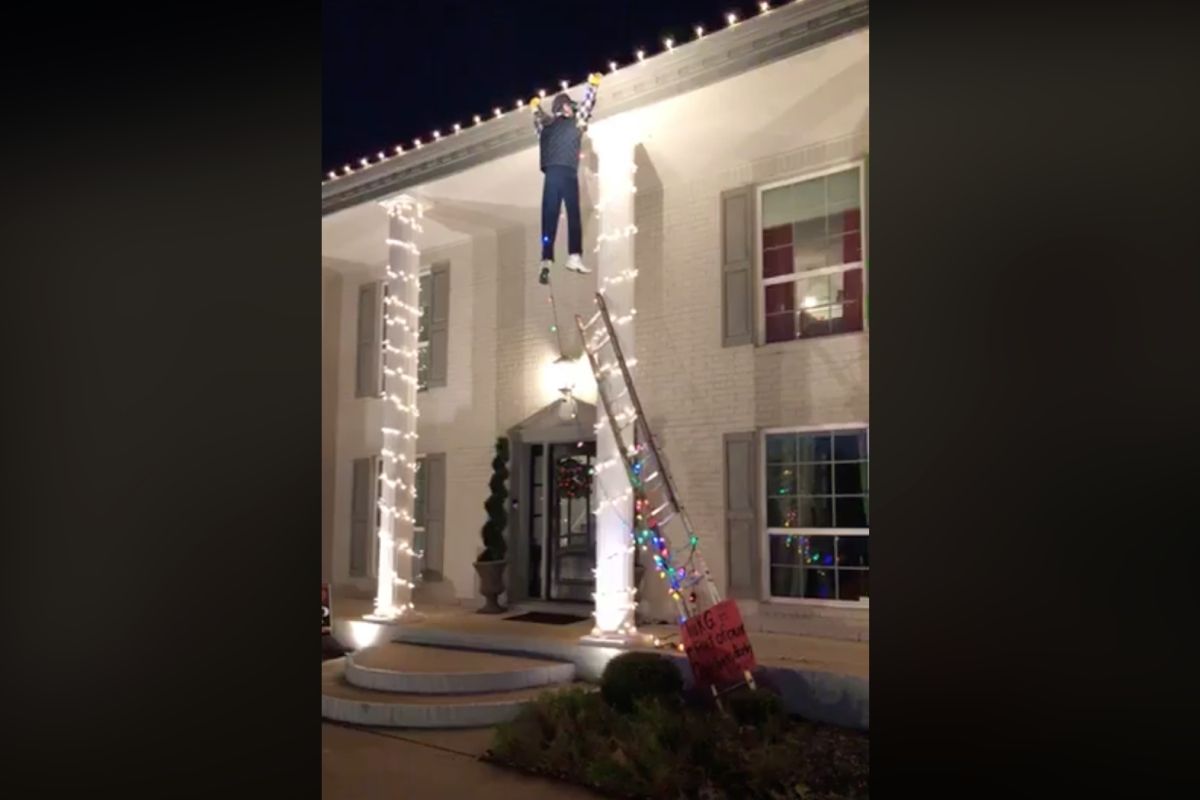 One family in Austin, Texas got a little too realistic with this year’s holiday display. The Christmas lights, which were inspired by the popular Christmas movie, National Lampoon’s Christmas Vacation, caused a stir and even sent one neighbor up a ladder to try to save Clark Griswold from falling off the home’s roof.

In the movie, Chevy Chase, who plays the relatable buffoon, Clark Griswold, only wants one thing: the perfect family Christmas with his kids Rusty and Audrey, wife Ellen, and the rest of his extended family including Cousin Eddie who finds it morally acceptable to flush his RV’s sewage into the street’s sewage system. In his defense, the shitter was full.

The Heerlein Family thought to add a dummy of Clark Griswold hanging from the gutter of their Austin home, along with a ladder tipping beneath him, was sure to get a chuckle or two. Instead, one Veteran neighbor was fooled that it was the real thing and tried to climb up the ladder, shouting, “Can you reach it?”

The man called the police who arrived at the house and told the family that their display was causing a bit of a panic. Since then the family has added a sign stating, “Clark G is part of our Christmas display please do not call 911.”

The Austin, Texas house isn’t the only home paying tribute to the Griswold house this holiday season. For the past six years Greg Osterland of Wadsworth, Ohio, has been decking his halls with an elaborate Christmas light display, and this year is no exception.

This House is ‘LIT!’

The lights will be on until New Years for people to visit. The Osterlands will be accepting donations to the Cystic Fibrosis Foundation Great Strides walk either online or at their home.

Watch: Why You Should Visit Dollywood for the Holidays