Michigan hunters must now take their deer to check stations, where the animals are tested for chronic wasting disease (CWD), a condition that comes from the same family as “mad cow” disease.

The disease is being found in alarming numbers. CWD has been identified in 11 free-ranging Michigan deer, and the fear is it could be on the verge of crossing over to humans, according to a report by the Detroit Free Press and WCNC.

RELATED: Another hunting accident has happened in New York — how he thought this was a deer, we’ll never know

“When they look back on the history of deer management in Michigan, these years will be considered pivotal to the culture of deer hunting,” said Chad Stewart, deer specialist for the Michigan Department of Natural Resources. “I don’t want people to think it’s a death sentence for deer management.”

“For now, there will be changes and additional restrictions. Change is hard to adapt to.”

The new regulations sparked another round of debate on whether it’s best to shoot younger bucks or submit to the “let them go, let them grow” mantra, because the deer that so far have tested positive for CWD in Michigan are younger on average.

If the deer are allowed to grow, they will be shedding the disease in their feces, saliva and urine for a much longer period of time.

Experts say letting the disease grow should not be an option because it “could cross the species barrier and spread to humans,” according to the report. Many scientists think it’s a matter of when and not if humans will contract the disease.

The Centers for Disease Control and Prevention warns not to eat the meat of contaminated deer. Making matters worse, the agency states, antibiotics don’t kill the disease, and neither does cooking the deer meat. Like mad cow, CWD is caused by deformed and damaged protein molecules called prions, making most traditional disease treatments ineffective.

RELATED: A hunter thought he saw a deer behind his house, but now a woman is dead

In fact, some believe the disease has already made the crossover to human hosts.

Scientists at Michigan State College of Veterinary Medicine are working tirelessly to try to get the situation under control.

Of the 11 Michigan deer identified with CWD, five were in Ingham County, four in Clinton County, and two were in Montcalm County (three more deer in Montcalm are also suspected to have it).

Stewart noted how quickly the disease has spread.

“If those three [in Montcalm County] are recognized as positive, then what took us three years to get to in Ingham County, it will have taken us three weeks to get to in Montcalm,” said Stewart.

A similar situation occurred in Missouri in 2010, and changes to hunting regulations were made, removing antler-point restrictions in counties where the disease was found and abandoning the “let them go, let them grow” approach. 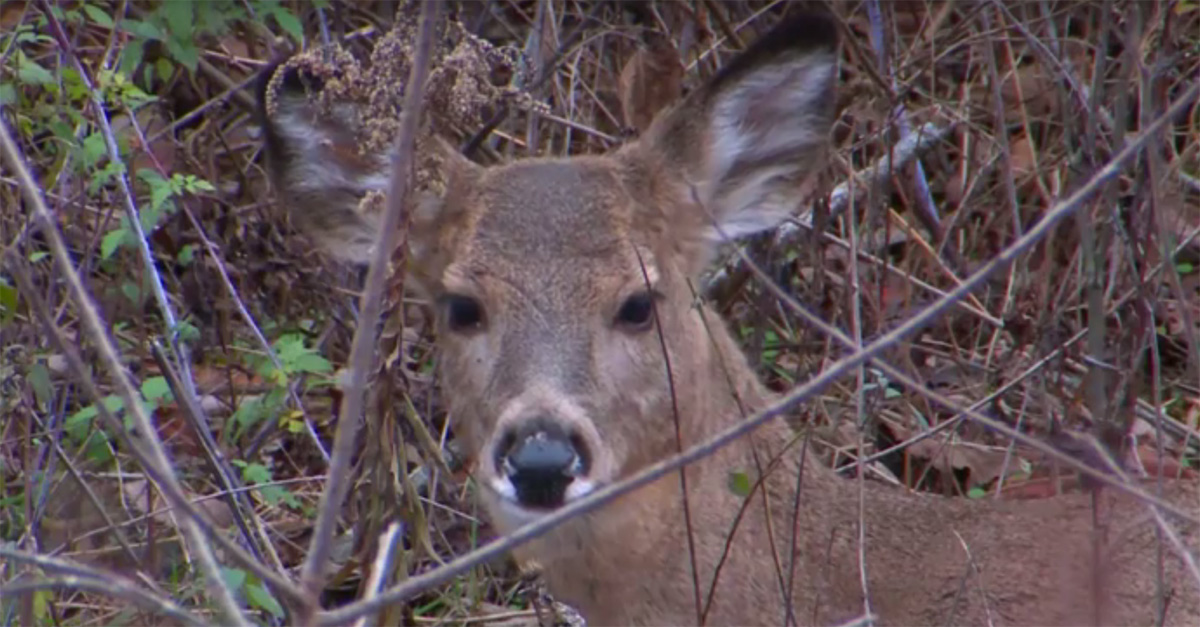