A grandfather reportedly took lethal action against his son to protect his 12-year-old granddaughter from physical abuse.

According to PEOPLE, Hubbard Junior Hall, 64, shot and killed his 41-year-old son, Mark, in Baldwin County, Ala. Hall shot his son one time in the left side with a .25-caliber pistol. He was arrested and is being held on $100,000 bond.

Baldwin Sheriff’s Capt. Stephen Arthur told PEOPLE that Mark “bled to death before he was able to get to the hospital.”

The Baldwin County district attorney said the family feud started earlier that night after Mark, his daughter, and her grandmother attended a baseball game. The police report says that while on the way home, Mark received a phone call regarding something that happened to his daughter.

RELATED: Mom says her family is now homeless after their dogs caused them to get shot

“Whatever this individual told Mr. Hall, it upset him and he began to strike his daughter,” Arthur told PEOPLE. “This assault or striking of the child continued on the entire drive home.”

When they got to the house, Mark told his daughter he was taking her home with him; the daughter was apparently staying with the grandparents, and Mark lived nearby. Hall became upset and told Mark that he was not going to take the girl.

“He intervened and said, ‘You are not going to take her with you. She is staying here with us,'” Arthur said. “And when [Mark] turned to get his child to leave, [Hubbard allegedly] shot him one time with a .25-caliber pistol in the left side.”

RELATED: Family is devastated after a 73-year-old grandpa was shot several times by police

According to PEOPLE, Hall has has not entered a plea or retained an attorney.

“It is definitely an unfortunate situation that this occurred,” Arthur told the magazine. “It would have been a lot better if he [Hubbard] had picked up the phone and called law enforcement and let someone else deal with the situation.”

Authorities have no record of Mark previously abusing his daughter. 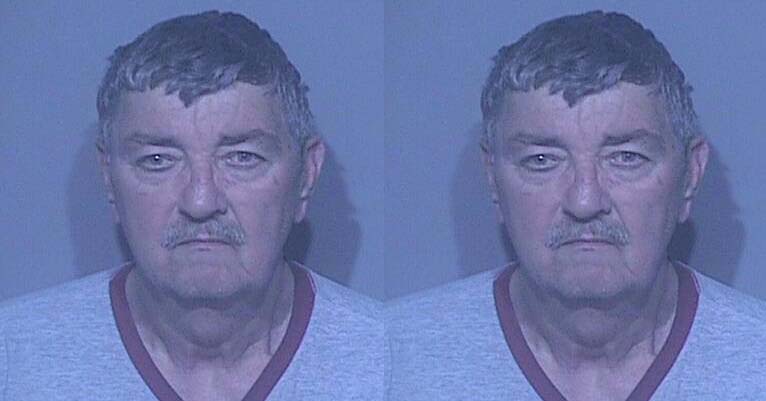