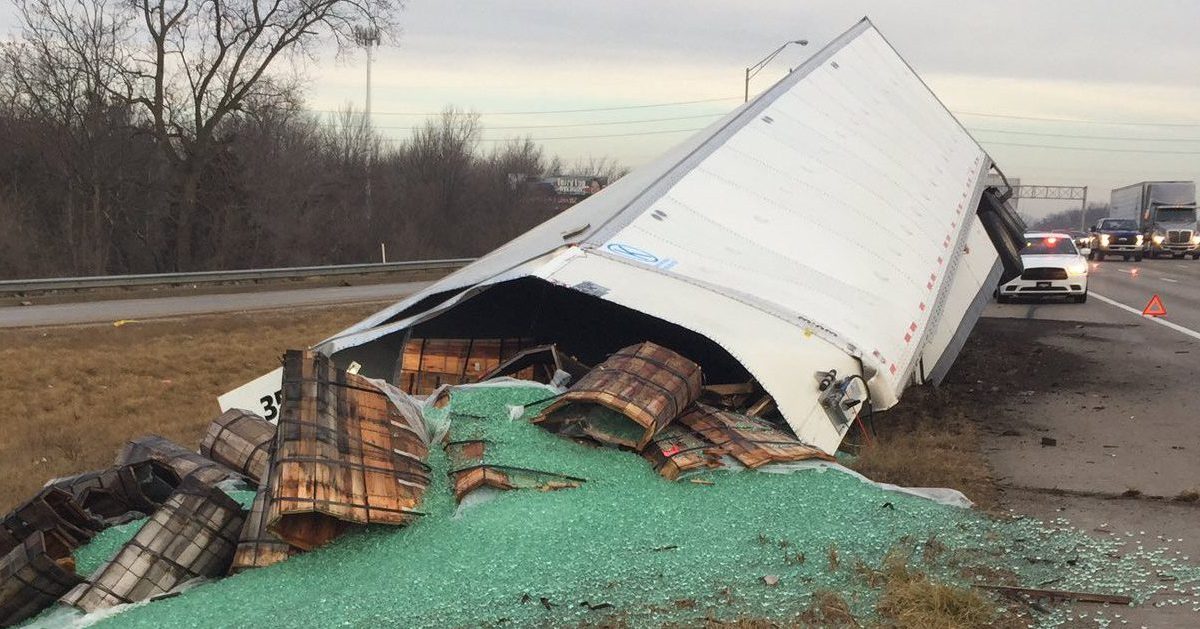 It’s been a good year for spill stories.

Not to be outdone by Wisconsin’s infamous red Skittles incident, a trucker traveling southbound on Indiana I-465 suffered an equipment failure on Saturday and lost his trailer, which was carrying 38,000 pounds of (what else?) marbles. FOX59 has more photos from the scene of the accident.

RELATED: Hundreds of thousands of red Skittles covered the road — and that’s not even the weirdest part.

The trailer is a total loss; a photo posted by Sergeant John Perrine of the Indiana State Police shows that the load escaped its containers, spilling across the highway.

After securing the scene, Perrine reports no one was hurt. One lane of I-465 was closed for the day to accommodate a cleanup; there are clear marbles visible almost everywhere in the photo. He joked on Twitter that the department is in search of a giant Shop-Vac.

#Breaking A truck driver has lost his marbles…