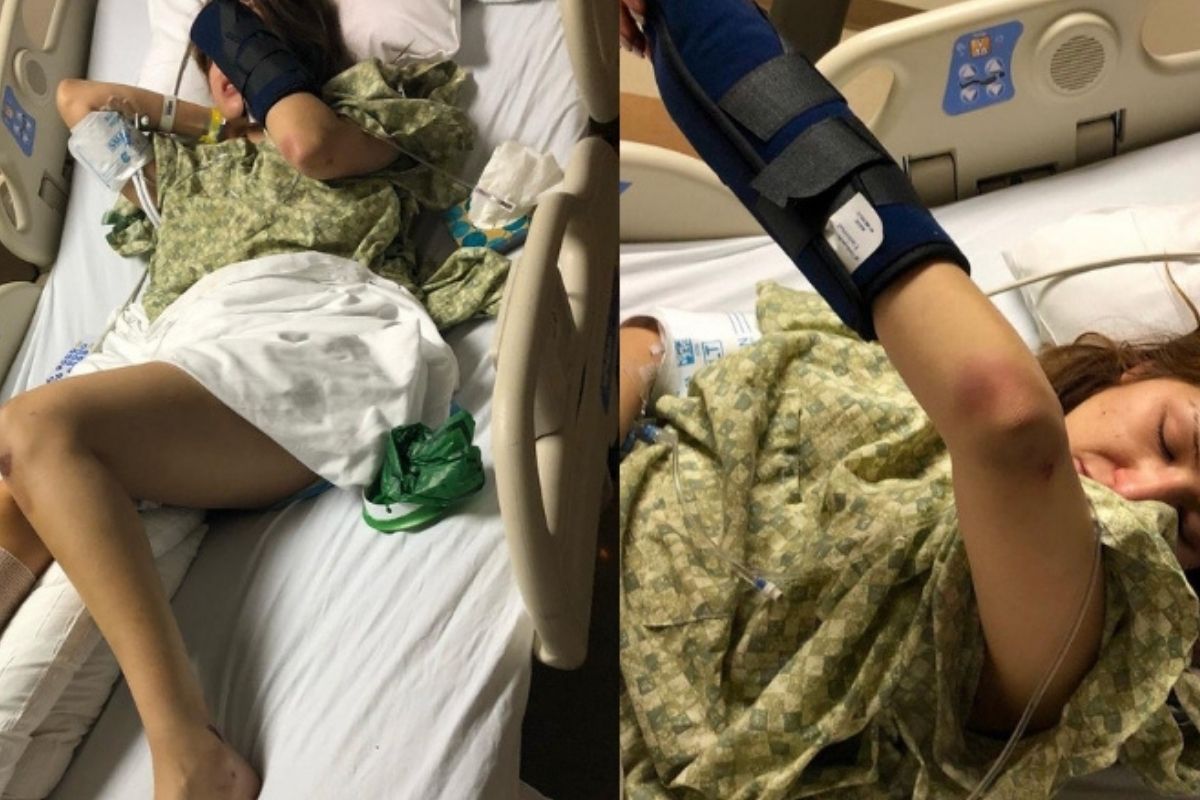 A woman in Las Vegas, Nevada is urging people to check twice before entering any ride-sharing vehicles, after a man posing as an Uber driver allegedly abducted her. Elizabeth Suarez stated she saw a car that matched the description of the Uber she was waiting for, located on the Las Vegas Strip outside the Park MGM hotel-casino. She had received a text message saying her driver would be arriving soon.

The driver waved her over, and without second-guessing, got inside the vehicle. Suarez didn’t think anything was wrong until she received a call from the real Uber driver who was looking for her outside the pickup location. Scared for her life, she immediately posted a side profile picture of the driver on her Snapchat hoping her friends would see she was in trouble, afraid he would hear her calling 911.

Suarez asked the fake Uber driver to pull over, but the driver panicked when he saw she was taking a picture and began yelling at her to give him her wallet, phone, and other belongings. She threw her wallet at him, but kept her phone, hoping that would set her free. Instead of stopping, the Uber driver sped up, and Suarez did the only thing she could do. She unlocked the door and jumped out of the speeding vehicle, hoping it would save her life.

The incident was captured by surveillance cameras outside Park MGM and Albertsons’ store, showing the woman jumping out and landing on the floor. She suffered a head injury, fractured wrists, and a badly broken ankle. After filing a police report, authorities stated they are currently looking for the driver, but have no lead as of yet. A crime and safety expert stated Suarez’s act of desperation was brave, but she should have called 911 while still in the car. The operator could have still listened to a one-sided conversation, and would likely able to figure out there was a crime in progress. He believes she could have also attempted to raise a red flag when the real Uber drive called, so he couldn’t potentially alert police.

Suarez’ attorney Neal Hyman sent a written request for further investigation, noting multiple errors in the police narratives. The woman’s main concern was that the robbery is the only crime listed in the report. She believes kidnapping should also be mention after the Uber driver continued to drive, despite her giving him what he asked for.

Uber urges all riders to follow their safety guidelines before getting into any vehicle. The company recommends making sure the license plate number matches the information on the app. Once inside the vehicle, one must also ask for the driver’s name and make sure the picture matches the person in the front seat. If the passenger is in the correct Uber, they can share their ride with friends and family in case of an emergency and track the ride. Suarez stated she decided to share her story to prevent the next predator under the guise of a rideshare driver.