Six years ago, Pippa Middleton famously held the train of Duchess Kate’s wedding dress. On Saturday, the royal returned the favor by smoothing the back of Pippa’s lovely custom lace dress as she got ready to walk down the aisle.

In 2011, Pippa’s backside went viral after photos were widely shared of her holding the train of Kate’s Alexander McQueen dress at Westminster Abbey, where the duchess joined the royal family by marrying Prince William.

RELATED: Pippa Middleton is officially a married woman after tying the knot with fiancee James Matthews

“As I have found out, recognition has its upside, its downside and – you may say – its backside,” Pippa later joked, adding that the infamous dress “fitted a little too well.”

Photos from both ceremonies are beautifully reminiscent of each other, as they are each, of course, among the many memories the sisters will cherish.

Saturday’s ceremony took place at St. Mark’s Church in England, during which Pippa tied the knot with hedge fund manager James Matthews, whom she has been dating on-and-off since 2012. In addition to Duchess Kate, Prince George and Princess Charlotte served as members of the wedding party. Prince William and Prince Harry were also in attendance.

RELATED: Britain prepares for the wedding of Pippa Middleton, and wonders if Prince Harry will bring Meghan Markle 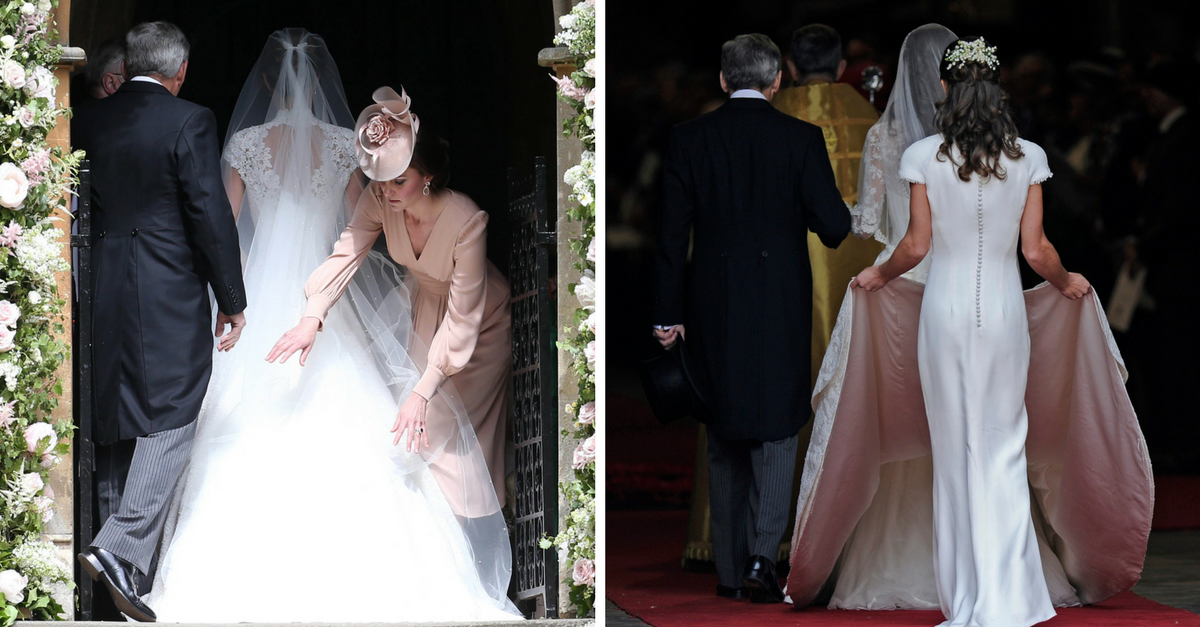