A new report shows that three leaks occurred at one Houston Superfund site after Harvey.

According to the Associated Press, U.S. Oil Recovery, closed down in 2010, suffered three leaks following the storm. Aerial photographs from August 31 show the site flooded by dark water, and that the water drained off into public waterways, likely bringing contaminants along with it.

The government was notified of the spills in the days following Harvey by county officials and the U.S. Cost Guard. On August 29, photos of flooded concrete tanks at U.S. Oil Recovery prompted a report to the EPA by county pollution control. In turn the company responsible for the cleanup, called PRP Group, called a federal emergency hotline to report it, and that it would affect Vince Bayou.

PRP called in two more spills in the following days, according to Coast Guard records obtained by the Associated Press. When public waterways are in danger of contamination, the law requires any spill of oil or hazardous material be reported immediately to the 24 hour federal hotline, which the Coast Guard operates.

The August 31 photos shows floodwaters directly around U.S. Oil recovery draining off through Vince Bayou into the ship channel, which connects to the San Jacinto River. U.S. Oil Recovery was shut down in the first place because its operations were deemed a threat to the bayou, which runs through property in Pasadena.

Retired EPA official Thomas Voltaggio, now a private consultant, reviewed both the photos and call logs. He said in an interview with AP that, “It is intuitively obvious that the rains and floods of the magnitude that occurred during Hurricane Harvey would have resulted in some level of contamination having been released to the environment. Any contamination in those tanks would likely have entered Vince Bayou and potentially the Houston Ship Channel.”

The EPA says it is still assessing the scene.

RELATED: Flooded Superfund Sites May be Super Bad for Your Health, but the EPA Has More to Say. 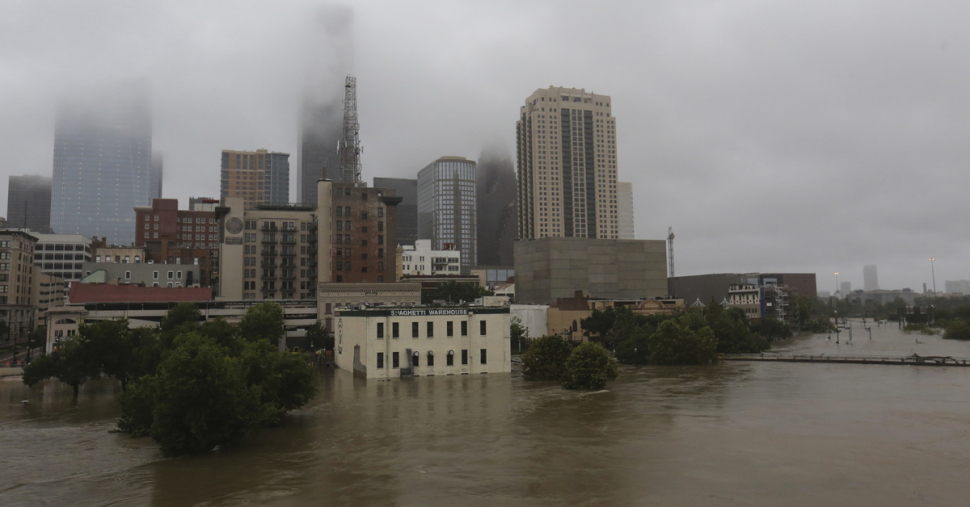