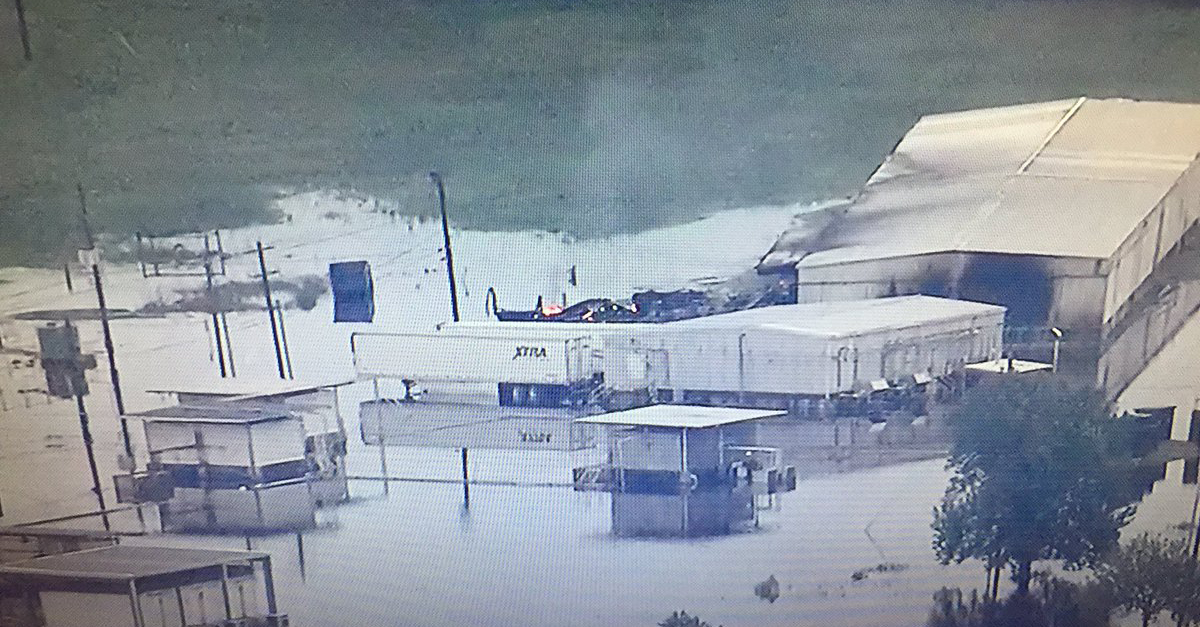 It has become public knowledge that numerous Superfund sites around Houston were flooded during Harvey, but new findings show the number of hazardous leaks all around is high.

According to the New York Times, over 40 sites emitted pollutants around the Houston area. Between Aug. 23 and Aug. 30, some 4.6 million pounds of airborne emissions alone are estimated to have been released by facilities in 13 Texas counties.

RELATED: Houston floodwater pose serious health, environmental problems, and you should avoid them at all costs

Petrochemical refineries are already known to emit harmful pollutants, but these emissions were much higher than normal and exceeded state regulations. Despite that, state and federal regulation agencies say there isn’t cause for alarm.

In addition to increased air pollution, 14 hazardous waste sites were either flooded or damaged, and close to 100 spills of dangerous chemicals have been reported so far.

Chemical plants release extra contaminants into the air during startup and shutdown, and those which had to be closed before Harvey and restarted after the storm passed have contributed to the pollution levels.

Still, others released airborne pollutants when their facilities were damaged in the storm, often when the floating lids of large storage tanks were damaged or ripped off.

High levels of chemicals like benzene have been found in residential areas near chemical plants.

The Texas Commission on Environmental Quality has said its monitoring equipment is back online and does not show levels of pollutants in the air hazardous to human health.

RELATED: Flooded superfund sites may be super bad for your health, but the EPA has more to say