Menu
Follow us
Search
Menu
Search
A bus is lodged into an overpass at the Miami International Airport on Saturday, Dec. 1, 2012. The vehicle was carrying over 30 people when it crashed into the structure. Authorities say buses typically are routed through the departures area, which has a higher clearance. (AP Photo/Suzette Laboy)

One bridge in Houston has now been struck five times in nine months.

With the frequency of crashes increasing, drivers are asking what’s being done to prevent crashes in the future.

Drivers on eastbound I-10 were backlogged again during Monday afternoon’s commute for a familiar reason.

Another cargo truck has struck the Houston Avenue overpass on I-1o due to a load that was too large. The cargo truck’s shipping container came off of the bed and struck another vehicle.

For the second time in a week, a truck strikes Houston Avenue bridge https://t.co/twQ2DMdp5Q

A similar accident happened in the same place last Monday, and drivers are starting to question when transportation officials are going to do something about this problem.

Rosa De La Rosa’s daughter was injured in last week’s crash. Shocked when she came across this week’s accident, De La Rosa told the Houston Chronicle, “We were in amazement that the same thing happened in the same place.”

De La Rosa pointed out that transportation officials should remember that they are lucky that more vehicles weren’t involved in the crash since there could be fatalities.

This week’s crash did minimal damage to the bridge, and TxDOT will pursue the cost of damages from the cargo truck’s insurance company. 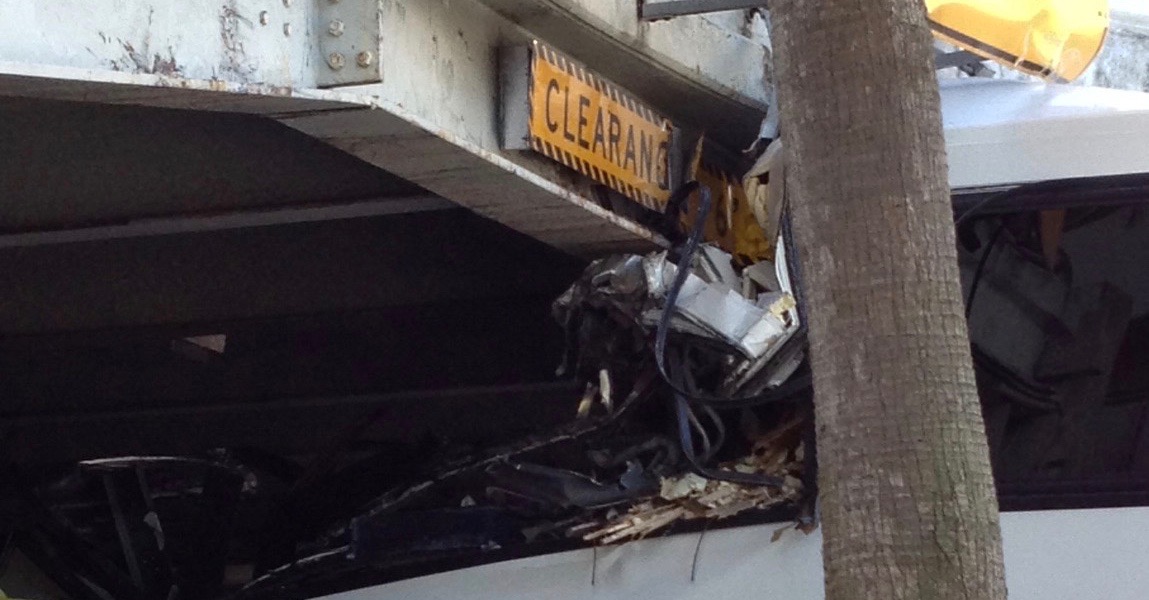