In the aftermath of yesterday’s shooting, congressional leaders are praising the heroes and victims for their bravery during the attack.

Weatherford-area Rep. Roger Williams (R-Texas, 25) choked back his emotions as he recounted the situation.

RELATED: A Texas congressman’s staffer was shot at an early morning baseball practice

During the chaos, Williams said his legislative correspondent Zack Barth, a Houstonian, was shot in the calf and began to bleed intensely enough that Arizona Senator Jeff Flake had create a tourniquet from his own belt to stem the blood loss.

“The whole time he was bleeding, we were under fire, he was texting,” Williams said to reporters.  “He was letting people know we need help.”

Five people, including Barth, two Capitol Police officers and Republican Majority Whip Steve Scalise (La.,1), were injured after a disgruntled gunman fired an M4 assault rifle more than 50 times at a baseball practice ahead of the annual Congressional Baseball Game.

RELATED: A Houstonian was among the five injured in the Virginia shooting involving Texas Congressmen 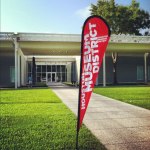