HGTV, the cable network, is the confirmed buyer of the Brady Bunch house as Discovery CEO David Zaslav shared the news today. The house on 11222 Dilling St. in North Hollywood, California, will undergo a serious makeover as part of a new HGTV project.

Zaslav announced in an earnings call,

“One example of our new project for HGTV will speak to those ‘Brady Bunch’ fans on the call. … You may have heard that the house from the iconic series was recently on the market in California. I’m excited to share that HGTV is the winning bidder and we’ll restore the home to its 1970s glory as only HGTV can. More detail to come over the next few months, but we’ll bring all the resources to bear to tell safe, fun stories with this beloved piece of American TV history.”

Who would’ve thought the house would even see a bidding war? Listed at $1.9 million, it seems as though HGTV wasn’t the only buyer interested. Lance Bass, of former *NSYNC fame, almost took home the house keys before HGTV.

We now know that the corporate buyer mentioned was the cable network, but it seems as though Bass has already moved past his disappointment.

Well Lance, maybe they’ll get you to host the show on its makeover! Of course, most folks are worried that the iconic walls will be covered in shiplap.

It’s important to note that the home only served as the outside shots of the home, and that the interior was never featured.

LOS ANGELES (AP) — The home featured in the opening and closing scenes of “The Brady Bunch” is for sale for $1.885 million. Records show George and Violet McCallister bought the two-bedroom, three-bathroom split-level home in the Studio City neighborhood of Los Angeles in 1973 for $61,000.

Real estate agent Ernie Carswell tells the Los Angeles Times the house has been updated and upgraded, but the interior layout does not resemble what was featured on the show, which ran from 1969 to 1974. Interior scenes were shot in a studio.

Carswell says a rock-wall fireplace, wood-paneled walls and floral wallpaper are vintage touches of what homes looked like in the 1970s. The agent says the home attracts 30 to 50 visitors a day. The owners died, and their children are selling the property.
___
Information from: Los Angeles Times, http://www.latimes.com/ 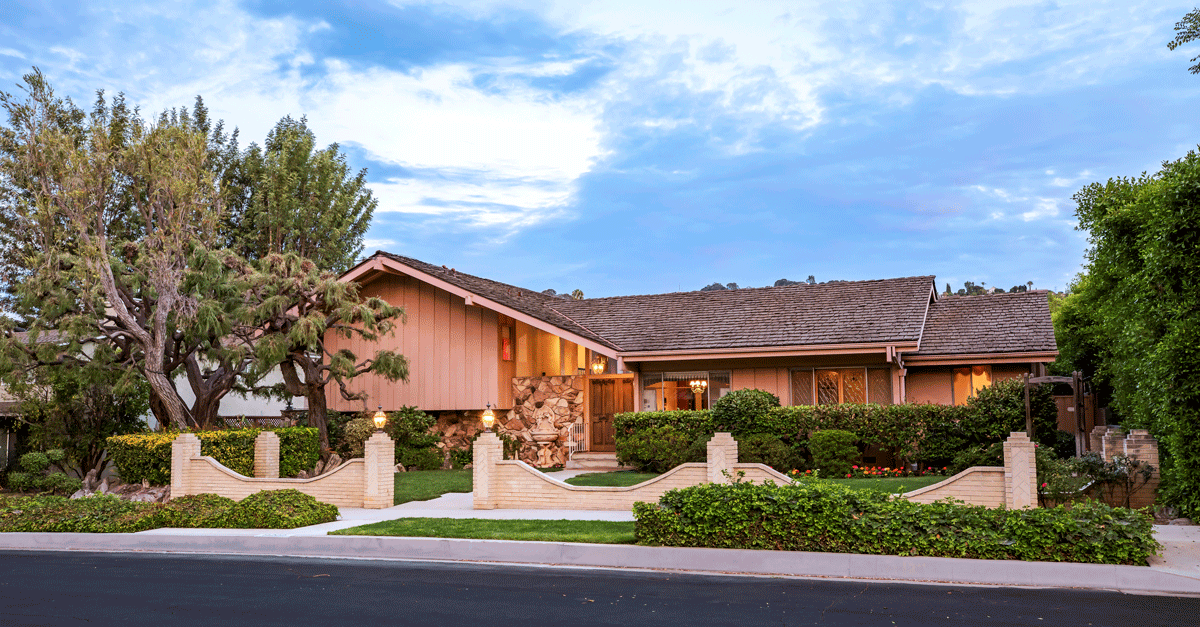