A little boy was missing for hours, and after a major police hunt, they found him in a really obvious place 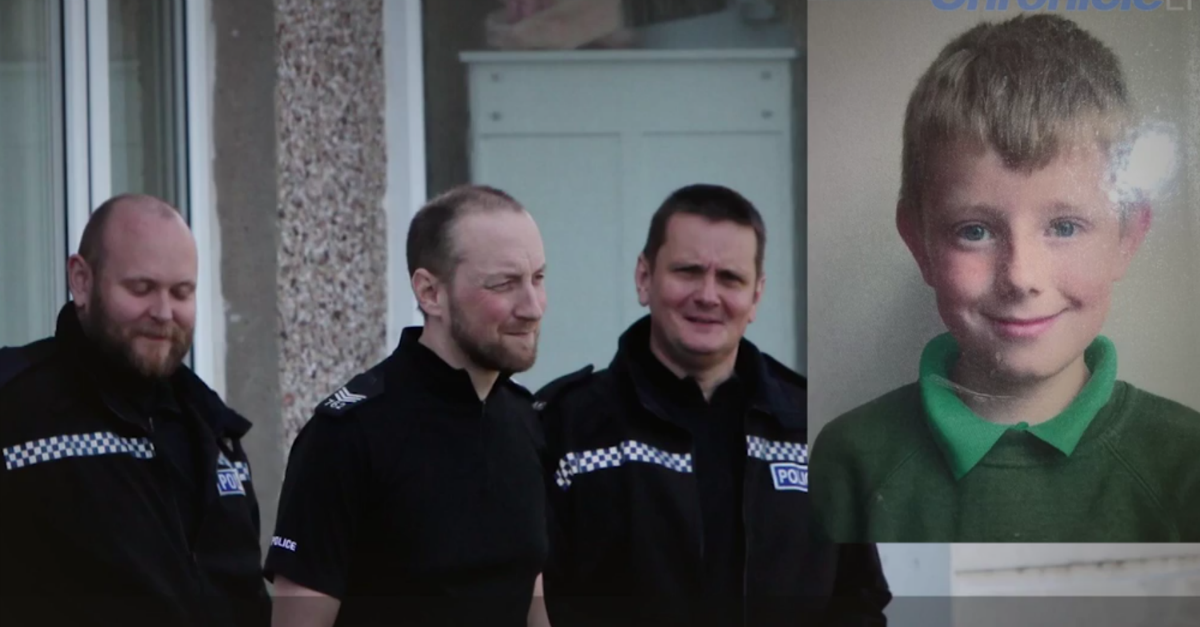 When Josh Dinning’s parents went to his room on Tuesday morning to wake him up for school, he was nowhere to be found. They immediately began frantically searching for him, and after a few hours, police were called. There were helicopters and boats on a nearby river and dogs trained to follow a scent–police supposed that he had disappeared from the house in the middle of the night.

RELATED: A 13-year-old missing Texas girl was found more than 100 miles from home with some guy from the internet

It wasn’t until the search was in full swing and fliers bearing his face were printed that the British youth was found hiding safely under his bed. It seems that there was a cabinet underneath the bed and Josh had decided to stash himself away. It’s not clear whether he was trying to skip school or just scare his parents.

Josh’s older brother told The Chronicle, “I was just sitting outside the house when all of a sudden I heard someone saying, ‘He is here’. Apparently Josh had got into the cabinet under the bed. It’s one of those beds that has sliding doors, and somehow he has got himself inside and shut the doors.”

RELATED: After two 13-year-old girls went missing while on a hike, police made a terrible discovery along a riverbank

Police were searching the nearby River Tyne, fearing that he’d drowned in the night. A spokesperson said that one of their officers found the missing child and said they plan to review “why he was missed in the initial searches.”