A Mexican bullfighter was gored in the most painful way imaginable, and it’s really hard to watch 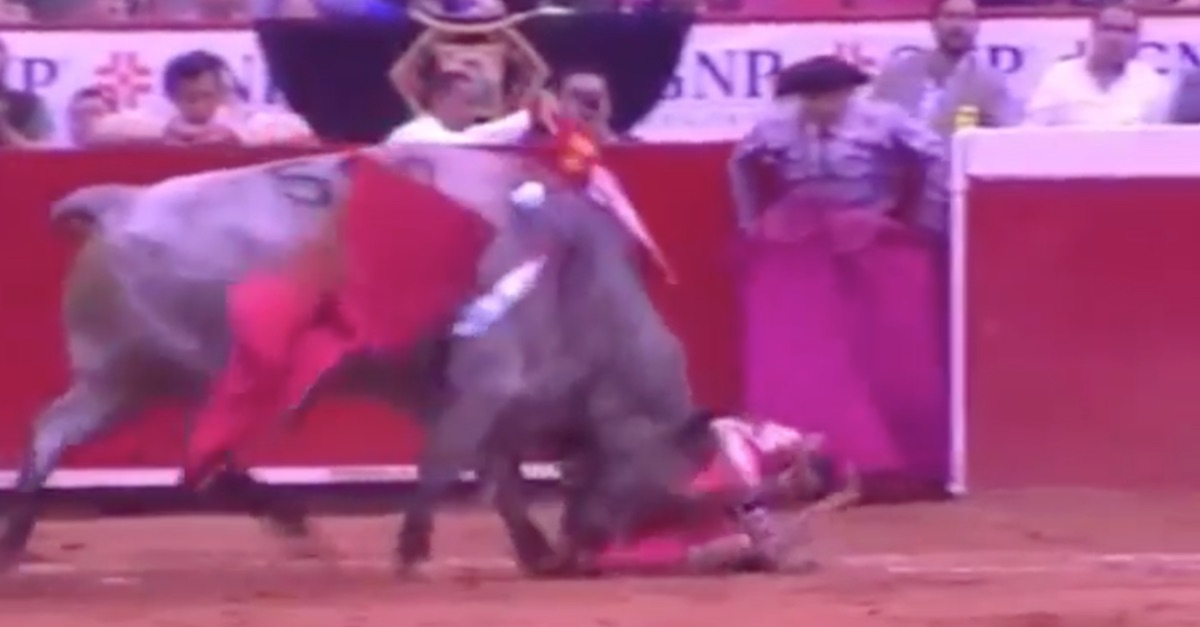 Content Warning: Videos are violent, though there is no visible blood or gore

Bullfighting has been around for centuries, and there’s no doubt that there have been non-fatal injuries more painful than the one we’re about to see. But as far as the social media and video age goes, this incident is up there as one of the worst.

RELATED: For some spectators in France, the worst thing went down at this bullfight

Matador Antonio Romero of Mexico was gored on Sunday in his behind by a 1,160-pound bull named Caporal, leaving a wound that was 11 inches deep.

Somehow he was able to give a thumbs up.

It’s not the first time this has happened. That time, it happened in Spain, in the coastal town of Costa Blanca.

Another matador was gored to death in July 2016 as the crowd looked on in horror.