A Scottish mother’s decades-long fight to find what happened to her son’s remains ended in the tragic discovery of an empty coffin.

Lydia Reid, 68, gave birth to a son, Gary, in 1975, but the boy died after just seven days in Edinburgh’s Hospital for Sick Children. Since that time, Reid has fought to expose how hospitals in the country engage in the unlawful retention of body parts of dead children for research. Reid believed that her son’s organs were removed without her knowledge and that the coffin initially presented to her was empty, based on its weight. She also told the BBC in an interview that when she asked for a picture of her son, the doctors showed her a baby that wasn’t hers

“This baby was blond and big, my baby was tiny and dark-haired. This was not my son,” she said. “I objected but they said I was suffering from post-natal depression.”

A 2001 report finding over 100,000 body parts in storage led the National Health Service (NHS) Scotland to admit that the practice also occurred in Scotland. Reid feared that her son fell victim to the same fate.

“I wanted to be wrong. I wanted to be called a stupid old woman but the minute [the forensic scientist] lifted the shawl out of the ground, I knew there was nothing in it. Nothing,” she said upon the discovery of the empty coffin. “My heart hit my feet, and I didn’t know what to say.”

“Our condolences are with the family of Gary Paton. This matter is now being looked into by the police and we are unable to comment further,” said NHS Lothian deputy chief executive Jim Crombie. 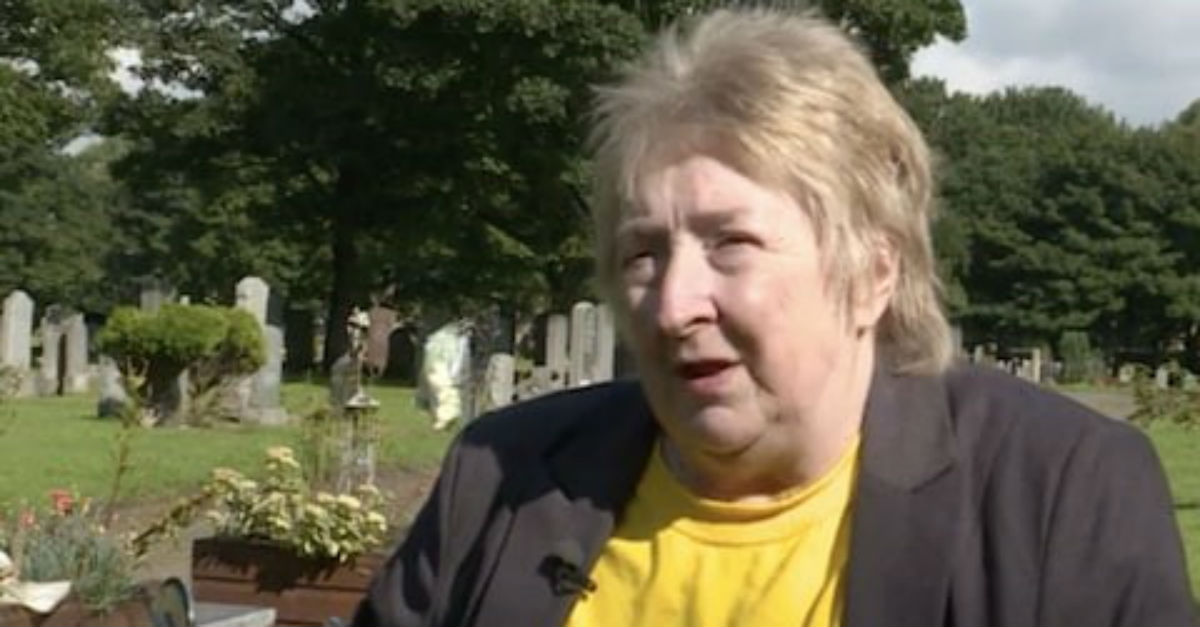