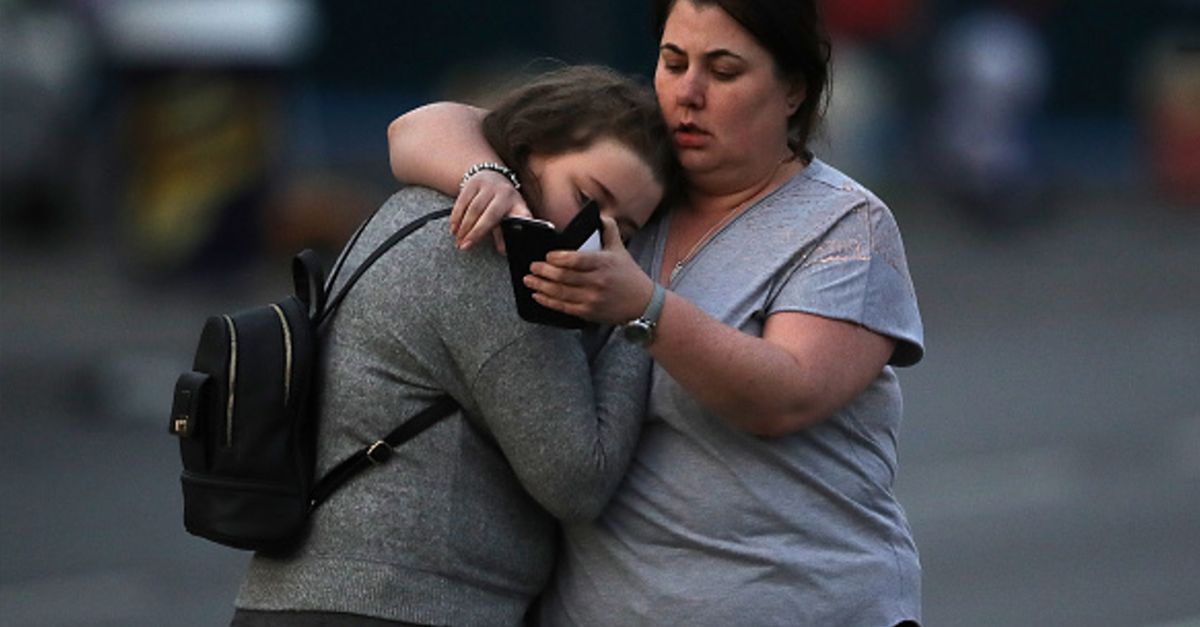 (Photo by Christopher Furlong/Getty Images)
MANCHESTER, ENGLAND - MAY 23: Ariana Grande concert attendees Vikki Baker and her daughter Charlotte, aged 13, leave the Park Inn where they were given refuge after last night's explosion at Manchester Arena on May 23, 2017 in Manchester, England. An explosion occurred at Manchester Arena as concert goers were leaving the venue after Ariana Grande had performed. Greater Manchester Police have confirmed 19 fatalities and at least 50 injured. (Photo by Christopher Furlong/Getty Images)

Greater Manchester Police say they have arrested a 23-year-old man in connection with the apparent suicide bombing at an Ariana Grande concert in the city.

Police say the man was arrested in south Manchester Tuesday, a day after the explosion killed 22 people and injured 59, many of them teenagers.

They did not provide details.

RELATED: There have been reports of two explosions at an Ariana Grande concert ? here?s what we know

Police also said officials arrested a man at the Arndale shopping center in central Manchester ? but that the arrest is not believed to be connected to Monday night?s attack.