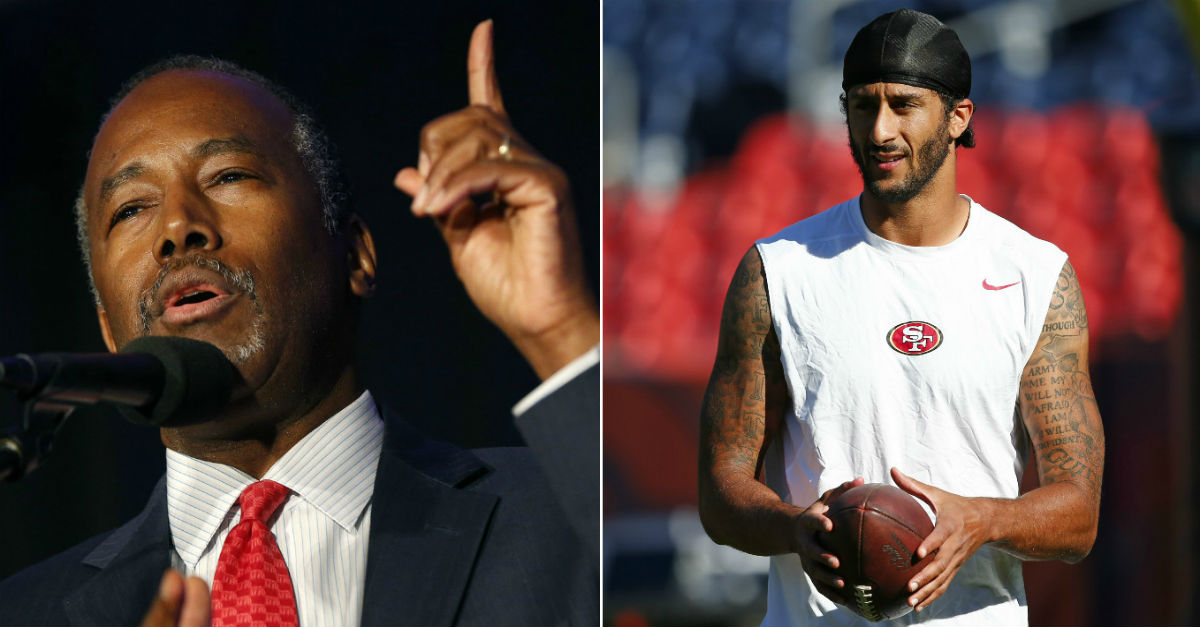 I am not going to stand up to show pride in a flag for a country that oppresses black people and people of color. To me, this is bigger than football and it would be selfish on my part to look the other way. There are bodies in the street and people getting paid leave and getting away with murder.

2) I may not understand his perspective or agree with him.But colin kaepernick taught us we can still disagree in this country, peacefully

3) and I know I'll get shit for anything that remotely suggests support of colin kaepernick, which makes my point even more.

.@Kipperdad I'll teach my kids to stand, with their hand on their heart, love this country and consider the opinion of every one in it