Bizarre video shows the Navy having no idea what these UFOs were, but that’s not even the half of it 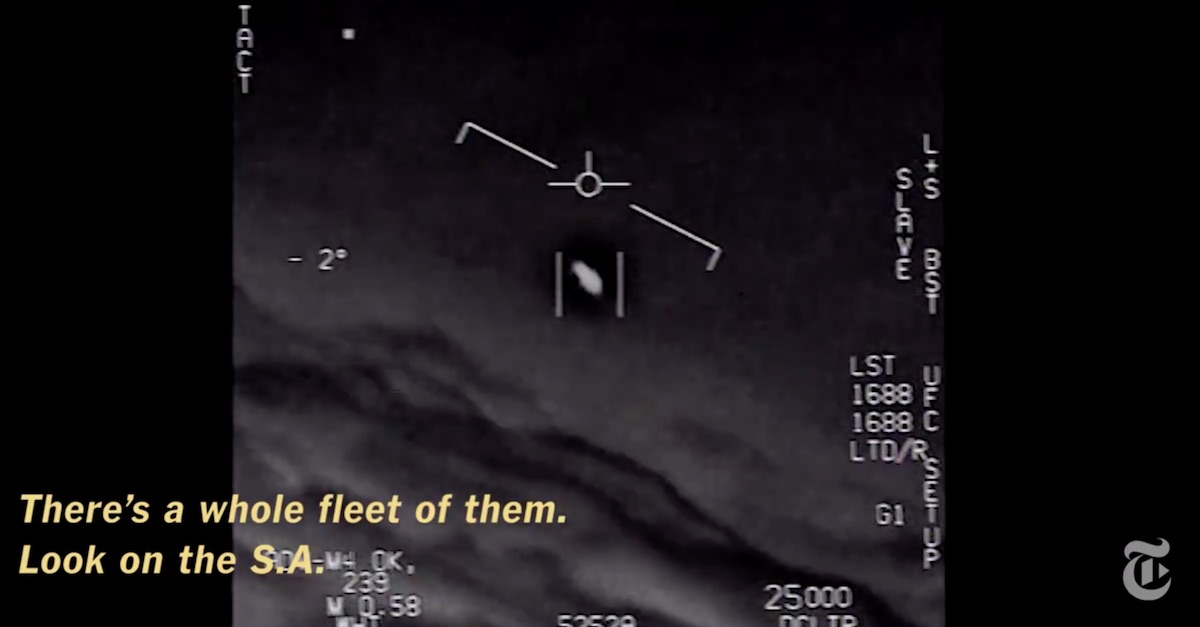 The audio and video recordings released by the Department of Defense’s (DoD) Advanced Aerospace Threat Identification Program of a Navy F/A-18 Super Hornets and pilots not being able to identify a flying object was weird enough, but did you know the DoD spent $22 million dollars investigating UFOs?

RELATED: A UFO expert told his mom to “investigate” should anything happen to him — days later he was found dead

A lengthy report from the New York Times, which also posted the video that we mentioned on Facebook, said that retired politician Harry Reid (D-Nev.) is largely to thank for this “shadowy program’s” existence.

The shadowy program — parts of it remain classified — began in 2007, and initially it was largely funded at the request of Harry Reid, the Nevada Democrat who was the Senate majority leader at the time and who has long had an interest in space phenomena. Most of the money went to an aerospace research company run by a billionaire entrepreneur and longtime friend of Mr. Reid’s, Robert Bigelow, who is currently working with NASA to produce expandable craft for humans to use in space.

Harry Reid himself has commented on the program, saying that he’s not “embarrassed or ashamed or sorry.”

“I’m not embarrassed or ashamed or sorry I got this thing going,” he said. “I think it’s one of the good things I did in my congressional service. I’ve done something that no one has done before.”

The video that was released to accompany this bit of news contains video and audio of two Navy pilots communicating about an unidentified flying object.

Mixed in with some censored expletives are the pilots exclaiming “there’s a whole fleet of them,” “Look at that thing, dude” and “it’s rotating.”

Now would probably be the best time to remind ourselves of the much memed aliens guy from the History Channel.

We do not know when or where this video and audio was recorded because the DoD did not say.