A 1-year-old baby has been left motherless after a Brazilian butt lift procedure gone wrong claimed the life of 25-year-old Ranika Hall, despite her family’s efforts to convince her not to get the plastic surgery.

RELATED: Here is the end result of having 100-plus surgeries to look like a “genderless alien”

Hall traveled from Missouri to Hialeah, Fla. to have the procedure done at Eres Plastic Surgery.

The location, which now has a different name and ownership, was the same one where 29-year-old Heather Meadows, a mother of two, died in May 2016. She also had a Brazilian butt lift procedure done.

At the time it was called Encore Plastic Surgery. The cause of Meadows’ death was ruled fat embolism syndrome.

The establishment has served as a plastic surgery center for 10 years but has changed names three times and also had multiple different owners, NBC Miami reported.

Although Hall’s mother, sisters and brothers tried to talk her out of the surgery, which consists of taking fat from a person’s stomach or back and injecting into the rear end, Hall was unhappy with her appearance after giving birth a year ago.

“I know it’s supposed to be a common procedure,” she added. “I’m looking for answers.”

Ranika Hall stopped breathing and lost consciousness around 9 p.m. Thursday. She was declared dead an hour later at the hospital.

Dr. Daniel Calva and Eres Plastic Surgery express their deepest condolences to the family and loved ones of our patient who had recently undergone a cosmetic procedure at our center on Thursday evening. Dr. Daniel Calva and Eres Plastic Surgery are deeply saddened by what has occurred and offer their thoughts and prayers during this difficult time. Dr. Calva is a highly skilled and caring surgeon that is dedicated to providing the highest level of care to his patients.

An NBC Miami investigation has revealed that 11 women are known to have died because of plastic surgery procedures since 2010, and that most of these procedures were Brazilian butt lifts.

The cause of Hall’s death is currently under investigation.

Her grieving family has started a GoFundMe campaign that has received $7,320 of the $10,000 goal over two days.

Here is the message her mom left there:

My beautiful daughter went to miami, Fl to have a high profile procedure done which was take her fatty tissue out her stomach and placed elsewhere. My baby left wednesday 3/15/17 perfectly fine and healthy which was the last time i talked to her and seen her. Her procedure was schedule for 3/16/17 at 130 miami time she sent a text at 1140 thursday morning letting ys no it was about that time. Never knew that would be the last time i would hear from her. She has a beautiful 1yr old daughter that i need to bring her body back for a proper burial.If you can donate anything please please do so. Thank you. 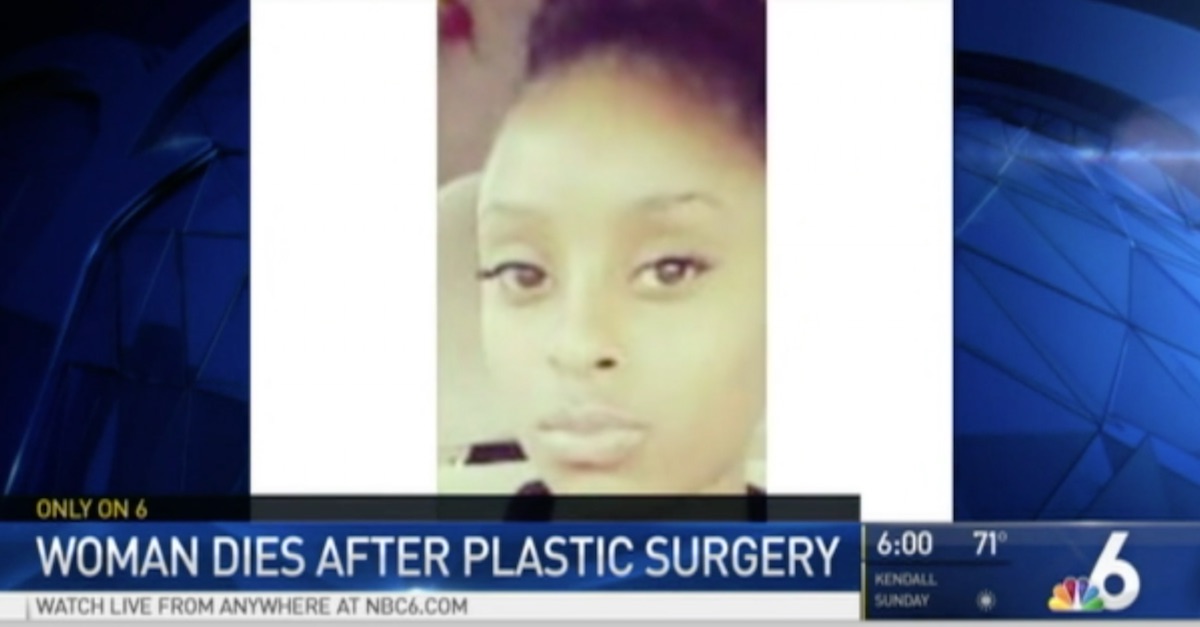