Update: The previously unidentified man was confirmed to be the shooting suspect’s father. The suspect was subdued by an off-duty officer.

Associated Press reports that two students and a female teacher were wounded in the shooting. Authorities report that the students were airlifted to Greenville Memorial Hospital, while the teacher was taken to AnMed via ambulance. According to an update, a coroner has said that the injuries were not life-threatening.

The suspect is now in custody.

The Anderson County coroner is said to be investigating a death close to the school. The previously unidentified man was later confirmed to be the shooting suspect’s father.

JUST IN: The Anderson County coroner is also investigating a death 3 miles away from Townville Elementary School.https://t.co/4fBWXLUOUP

RELATED: Shocking footage shows a woman being dragged by a car following a dispute over a Walmart gift card

My heart is sick for Anderson&South Carolina.Praying initial reports of no loss of life remain true & for those injured and their families 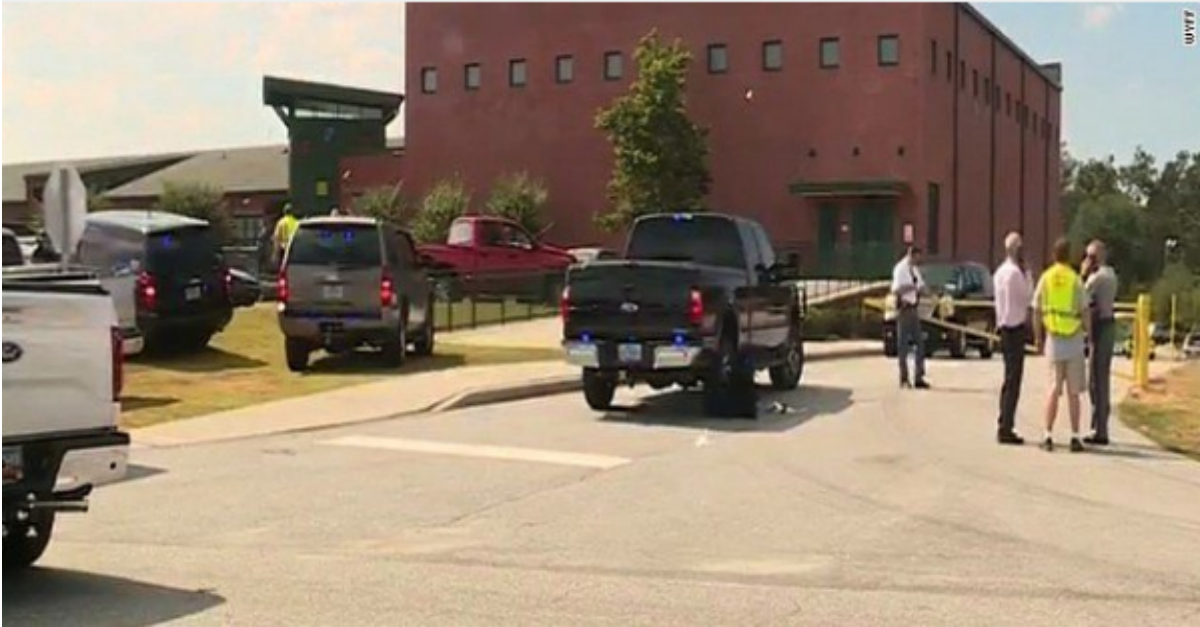