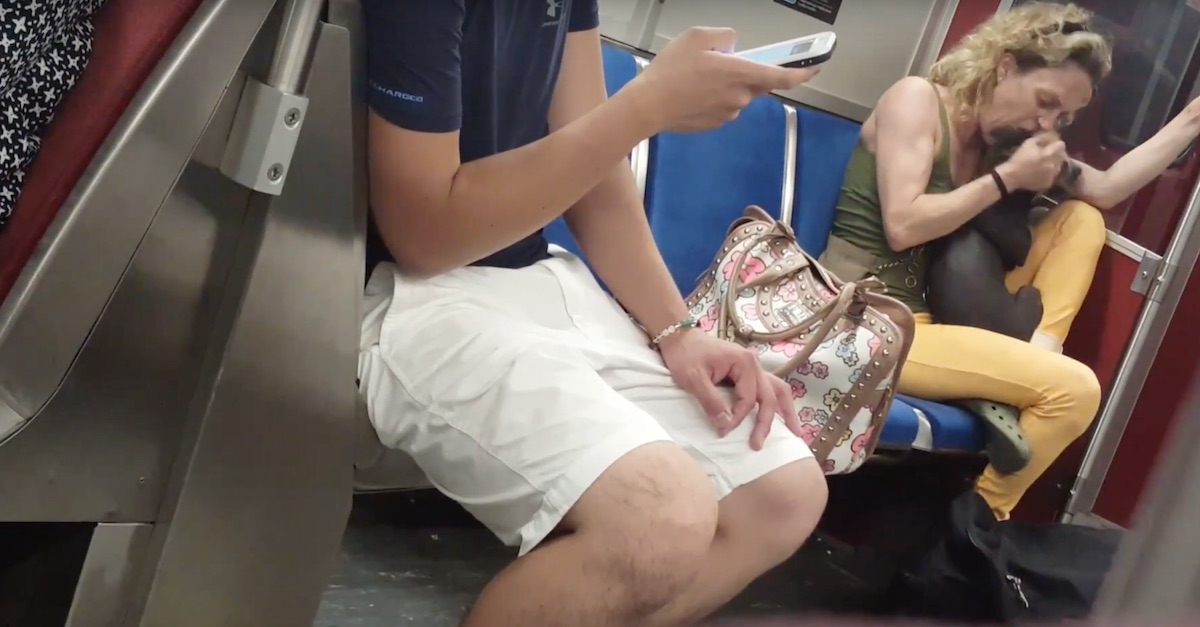 A video that has surfaced of a woman biting and hitting her dog on a subway in Toronto has sparked outrage.

The video begins with her holding the dog to her face and repeatedly hitting it. The pup tries to run away several times, but the woman yanks it back.

RELATED: A man is behind bars after his neighbor captured some horrible animal cruelty on video

The woman also seems to be acting erratically, and at one point, the person recording suggests she may be on drugs.

When somebody confronts her, she bellows, “Who the fuck are you?”

RELATED: Two men tossed eight puppies out of a moving truck in a sickening display of cruelty

In the video’s description, the uploader wrote that the “whole train stopped” as somebody went to fetch an official. Three workers reportedly showed up and escorted her off the train. Police were called and the dog was taken away; however as the police initially had no grounds to take the animal, it was returned.

After the video sparked outrage on the internet, authorities were able to track down the woman and the dog has since been seized. According to the Ontario SPCA, the 37-year-old woman has been charged one count of charging unnecessary suffering to an animal.

A spokesperson for the SPCA stated, “we are grateful for the public coming forward with this evidence that allowed us to conduct this investigation.”