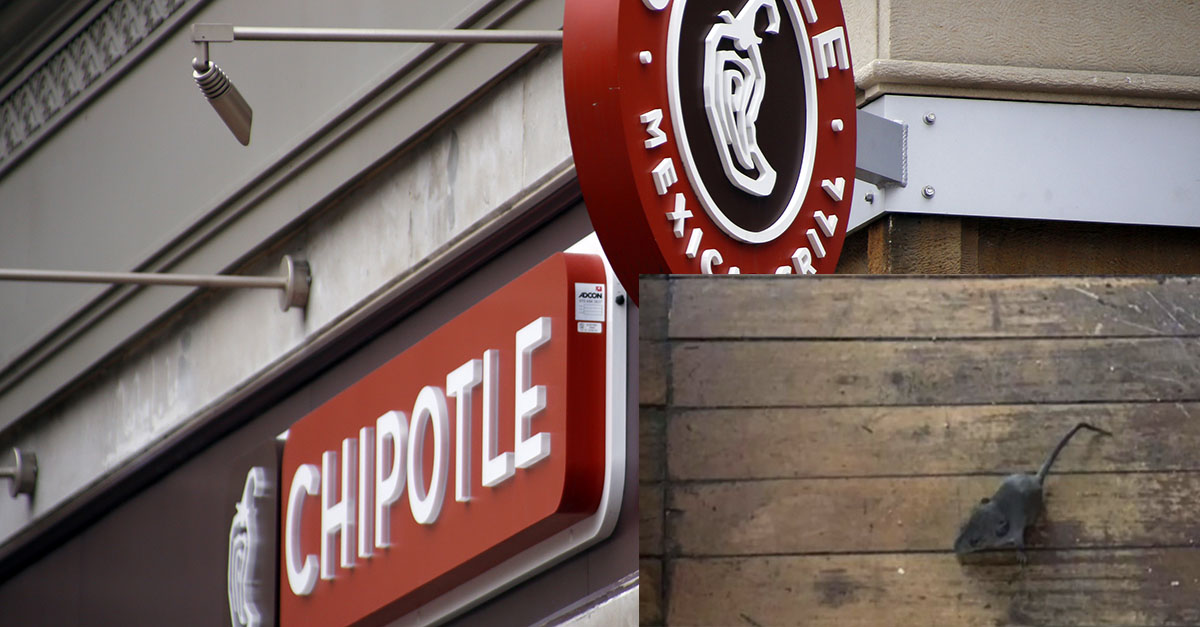 Chipotle faced a public relations meltdown earlier this week when customers fell ill after eating at a location in Sterling, Va. In what is only the latest in a string of incidents, Chipotle was forced to close that branch. Before the grills in Sterling were even cold, a branch in Dallas caught public attention when a video surfaced of rodents falling from the ceiling.

I didn't want to give up on Chipotle …. but after a customer spotted rats at the West End location "issa wrap" for me! 🤢 pic.twitter.com/c9YHpYFlrx

Diners captured video of the animals dropping out of the ceiling. One patron told NBC DFW, “If we had been sitting at the next table, it definitely would have fell on top of our food, because it was literally right there. […] I kept wondering what it was, until I looked at the floor, and I saw three rats, and I ran.”

In a statement to the NBC Dallas-Fort Worth affiliate, Chipotle said that there was a “small structural gap in the building as a likely access point.” The company added, “This is an extremely isolated and rare incident.” The customer who spoke to NBC DFW said she isn’t likely to return to that location.

RELATED: The seriously creepy thing a Chipotle employee put in the women?s bathroom got him fired right away

Chipotle’s stock has been plagued with drops associated with food poisoning in their restaurants. In 2015, an E. coli outbreak caused their shares to plummet. On Tuesday, after news of the Virginia food poisoning went viral, the stock dipped more than 6 percent, CNN Money reports.