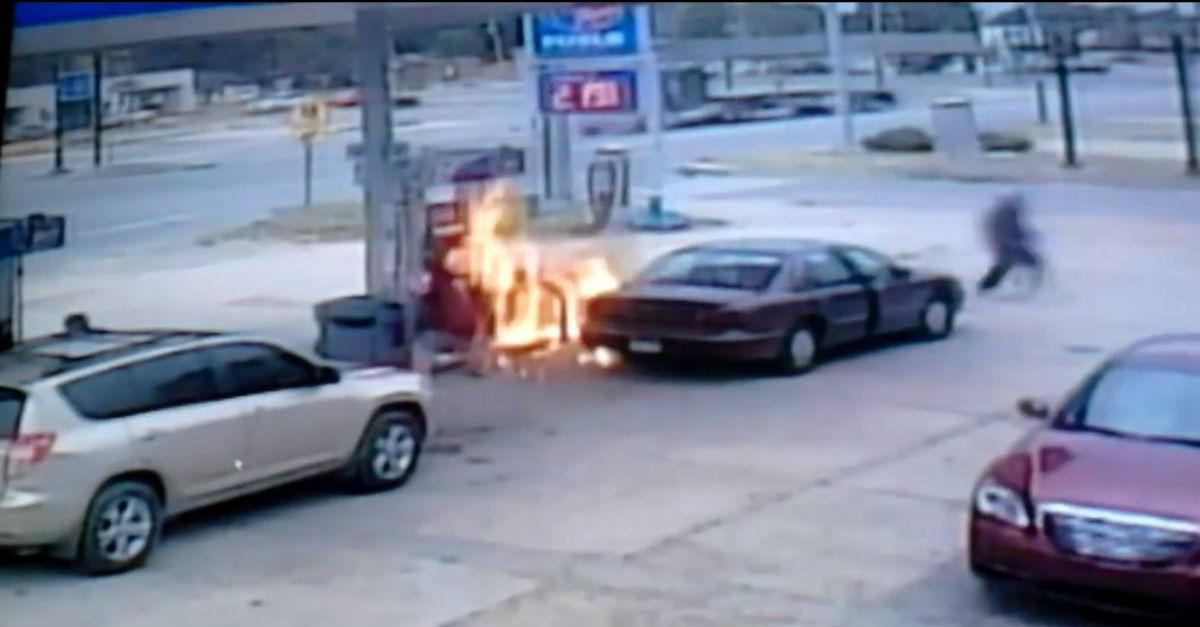 An Arkansas fire department has a message for anybody thinking of lighting up while they’re pumping gas: don’t do it.

The Stuttgart Fire Department recently shared a video posted by Josh Addison, who lives in Stuttgart, showing exactly what can happen when you decide to smoke at the pump. In the clip, two men are leaning on their car, pumping gas while one of them is smoking a cigarette. It appears that he drops his hand to his side when the ash from the cigarette catches on the gasoline — you can guess what happens next.

The two men immediately scramble away from the car, though one of them manages to return and pull the nozzle out where it briefly sets fire to the pump. One of the men runs inside the gas station and grabs a drink which he throws on the fire to extinguish the last of the flames. The group then takes off.

In his post, Addison also asked for help identifying the people, writing that they “caused some damage to the gas station property.”

Hopefully, people are getting the message — the clip has been shared over 620 times since Addison posted it on Wednesday afternoon and has been viewed almost 30,000 times.