During a recent trip through Detroit, one Reddit user videotaped a TSA pat-down that he felt was extra invasive.

“My coworker decided to film this pat down last week in Detroit because he thought it was funny,” the man posted in a YouTube video.

“Little did I know he would capture what ended up being a humiliating and extremely invasive pat down from agent Takala.”

According to the man, he was touched inappropriately nine times as he passed through security. In the accompanying video, he inserted a counter on the screen to track each touch he thinks was invasive.

RELATED: The TSA spent $1.4 million on an iPad app that randomly points left or right

Writing under the name “jauntworthy” on Reddit, the man asked his Internet community what he could do to file a complaint against the TSA agent.

Instead of hearing his options, the man has so far been met with comments reacting to the video.

Some people think he overreacted; others can’t believe the amount of touching that occurred.

“Seriously?” one Reddit user asked. “Havent you ever been through airport security before? they ‘grope’ everyone, its not something you video tape and try to harass them about. you are going to get laughed at by every single person you complain about this to.”

Another user was more sympathetic and believed the man had grounds for a complaint.

“Oh my lord I just watched that and I just want to put this out there that every time I have been pat down my balls get hit twice,” that person wrote.

“Obviously when they run their hand down each leg but that is always the end of it. I never seen the hands in the front technique that this TSA employee used in that video. Did you happen to get the full body cavity search recorded too?” 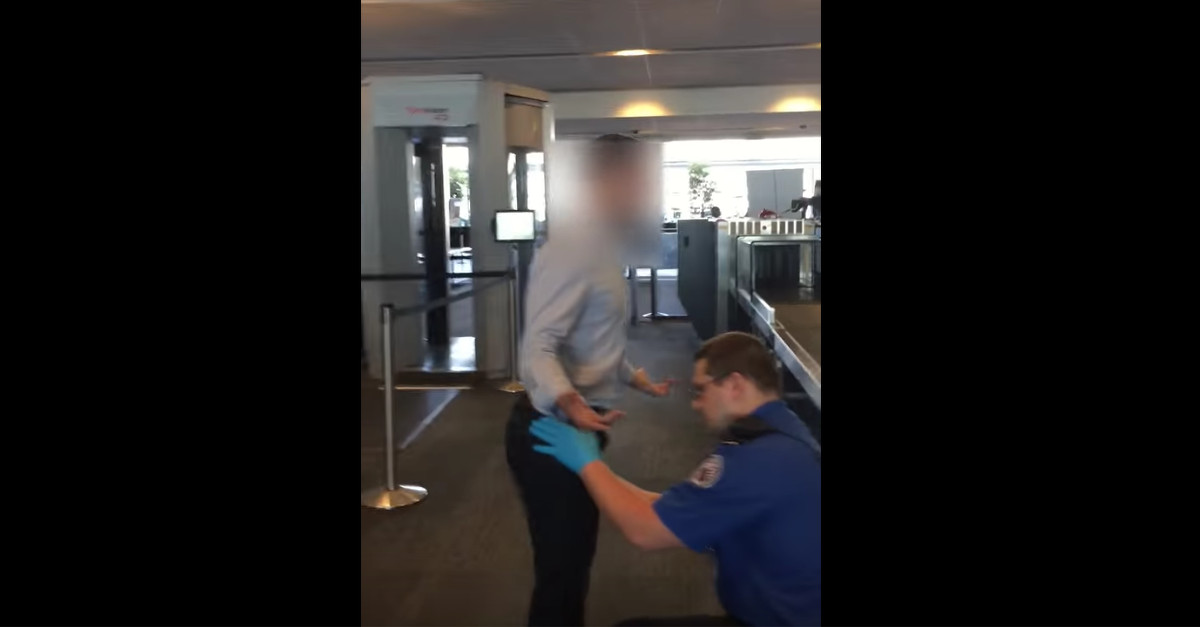