In an encore bit during his Netflix Comedy special “Small, Dork and Handsome,” comedian Myq Kaplan recalled the time a fan’s whispered request to tell him a joke after a show led him to believe the fan was about to say something racist.

“I think we all know that here in America, the whisper is the racist accent,” Kaplan joked before telling a story about his “master racist” grandmother.

Kaplan then delved into his mind working out the ways the fan’s joke, which was “what kind of pants do Mario wear?”, could potentially be construed as racist.

“In my head, I was like, ‘How will this be racist? Mario, from Nintendo, which is Asian. Asians where karate outfits, kimonos or sushi pants, that’s not a thing, but a racist doesn’t know. Mario, he’s Italian. Something with pizza. He’s a plumber, his ass crack is showing, he’s wearing overalls.’ I don’t know, what kind of pants does Mario wear?”

And if you don’t get that joke, it’s time to educate yourself.

RELATED: Jim Jefferies is back and his new special promises more jokes about America than ever before 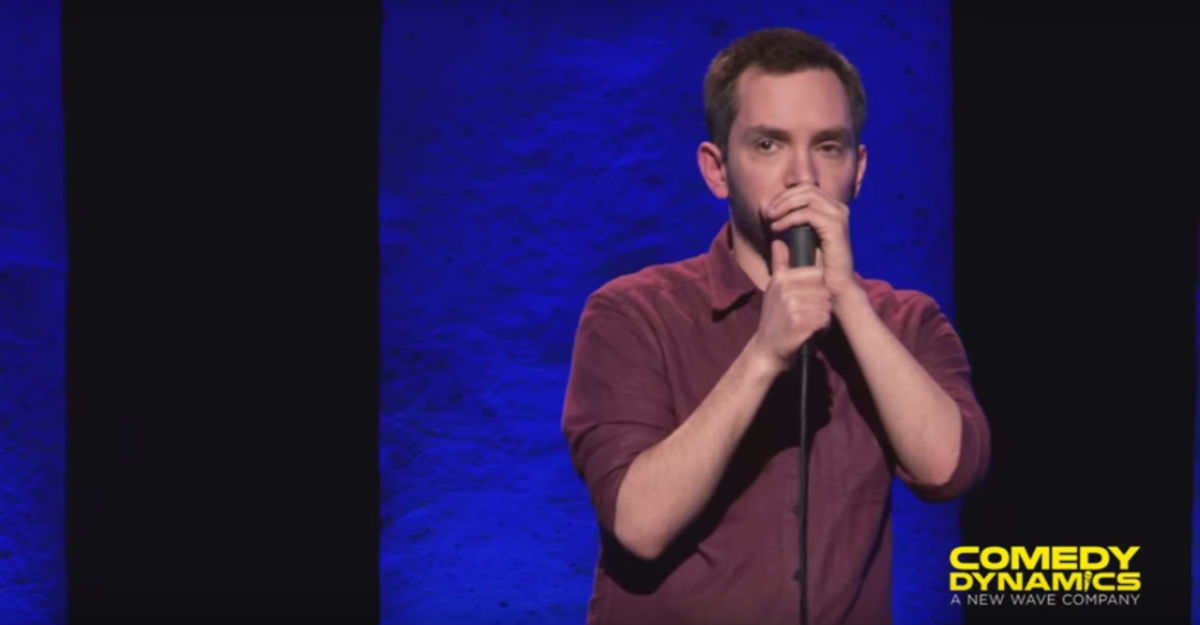