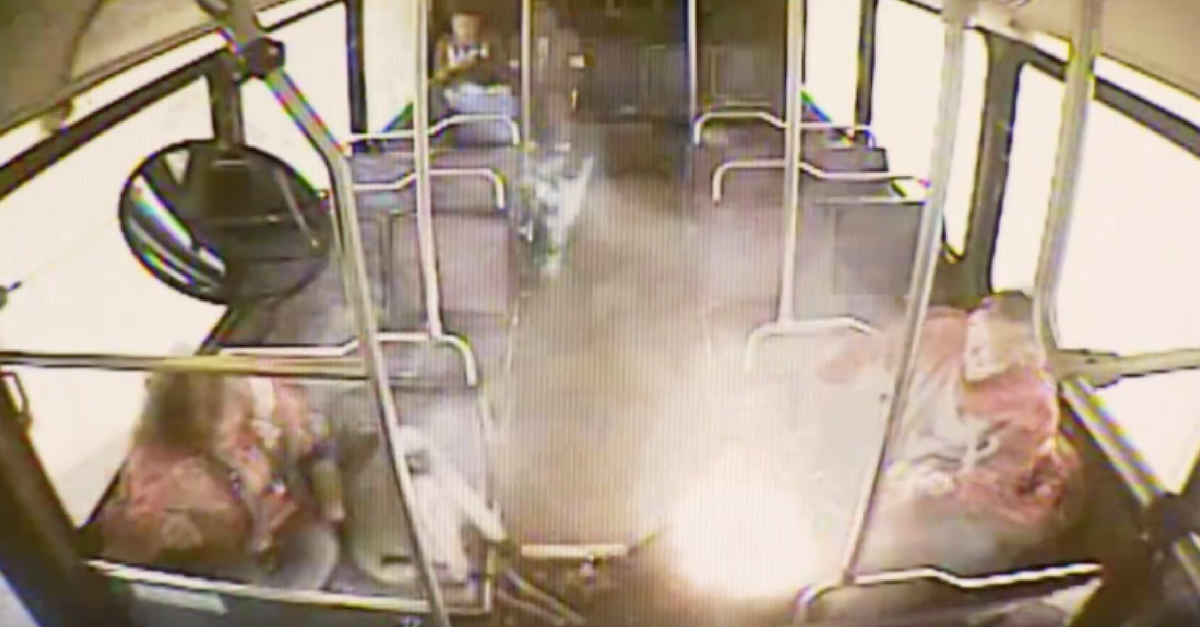 Just days after Senator Chuck Schumer (D-NY) called for a recall on e-cigarettes, a California man’s e-cigarette blew up in his pocket while he was on a bus.

“It’s time the take a hard look at requiring a recall of certain brands [of e-cigarettes] if they are much more likely to explode than others,” Schumer said.

The man on the bus, who suffered minor injuries to his hand and thigh, said that he felt his e-cigarette growing hot before the explosion, which experts say is a sign that he may have left it on. Firefighters who arrive at the scene noted that the battery inside the device was scorched.

Adam Wooddy, the owner of Satyr Vapor, thinks the battery was probably the culprit.

“Batteries have a wrap around them and if that wrap gets torn it makes the battery very unstable, especially if that battery has dings and dents — basically a ticking time bomb,” he said.

Schumer’s concern is that as e-cigarettes — which the FDA obtained regulatory authority over just seven months ago — become more popular, more people run the risk of getting injured by one exploding near them. The agency is currently investigating and collecting information about e-cigarette incidents and has promised to take the necessary steps to keep the public safe.

According to E-Cig One, there have been 316 vape explosions. Of those 316 explosions, 219 of them resulted in injury or death.

E-Cig One says that the best way to avoid an e-cigarette explosion is to follow proper battery care and use instructions and to avoid using mechanical mods.

Watch: This woman learned the hard way never to leave an e-cigarette battery loose in her purse