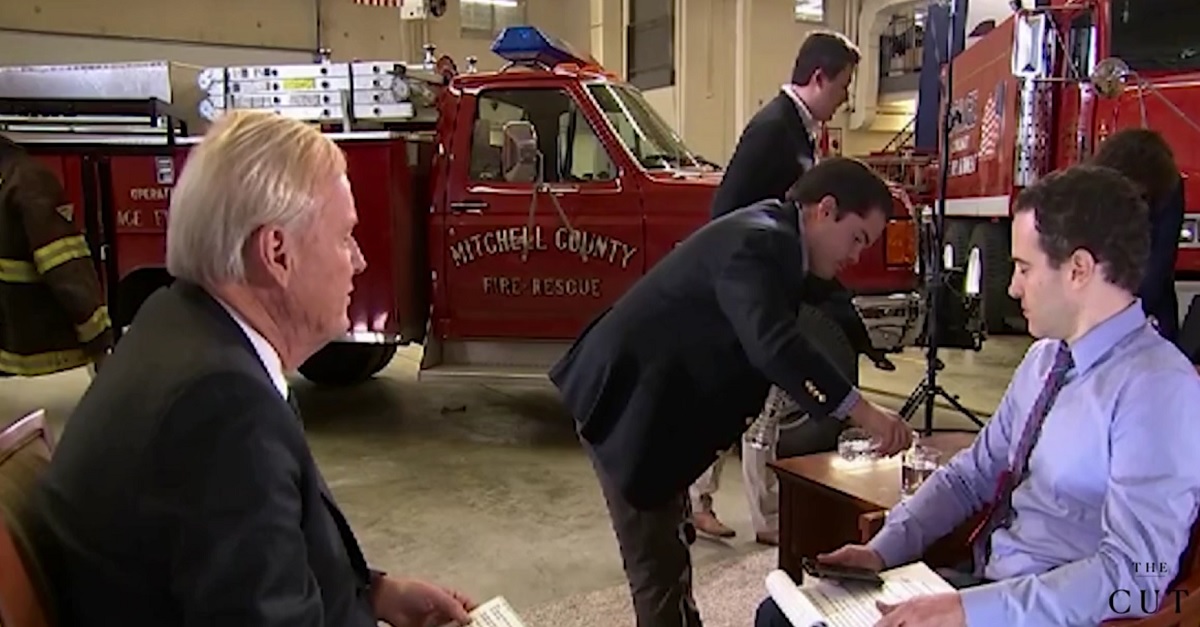 MSNBC’s Chris Matthews is apologizing after footage of him making a series of tasteless jokes, some referring to then-candidate for President Hillary Clinton, resurfaced. The clip was shot in 2016 in the midst of the Democratic primary election, just before Matthews was set to interview Clinton in a fire station in Iowa; a fire truck is prominently visible behind them.

RELATED: Another MSNBC star is accused of sexual harassment — and this one may have involved a lot of hush money

While the interview hadn’t begun yet, the cameras were already rolling — capturing Matthews’ crude jokes. The pre-interview clip was acquired and posted by New York Magazine’s The Cut.

In it, Matthews first asks for “some of the Queen’s waters, precious waters,” mocking Clinton. “Where’s that Bill Cosby pill I brought with me?” he asks to awkward laughter from staffers around him.

New York Magazine contacted Matthews after acquiring the clip, and he apologized, reportedly telling them the joke was “a terrible comment [he] made in poor taste during the height of the Bill Cosby headlines. I realize that’s no excuse. I deeply regret it and I’m sorry.”

The clip is another strike for Matthews, who saw colleague Mark Halperin and fellow NBC star Matt Lauer dismissed from their respective positions last fall as part of the massive sexual harassment reckoning that’s still shaking the media industry. In December, it was revealed that Matthews was accused of sexual harassment in 1999 by an assistant producer on “Hardball with Chris Matthews.”

It’s not even the first time Matthews has targeted Hillary Clinton, though this clip lacks the blunt sexism of questions like “Is her gender a problem in her ability to change her mind?” something he asked in 2006.

Matthews has referred to Clinton as “She Devil” and “Nurse Ratched,” in addition to calling her “witchy” and “anti-male.”