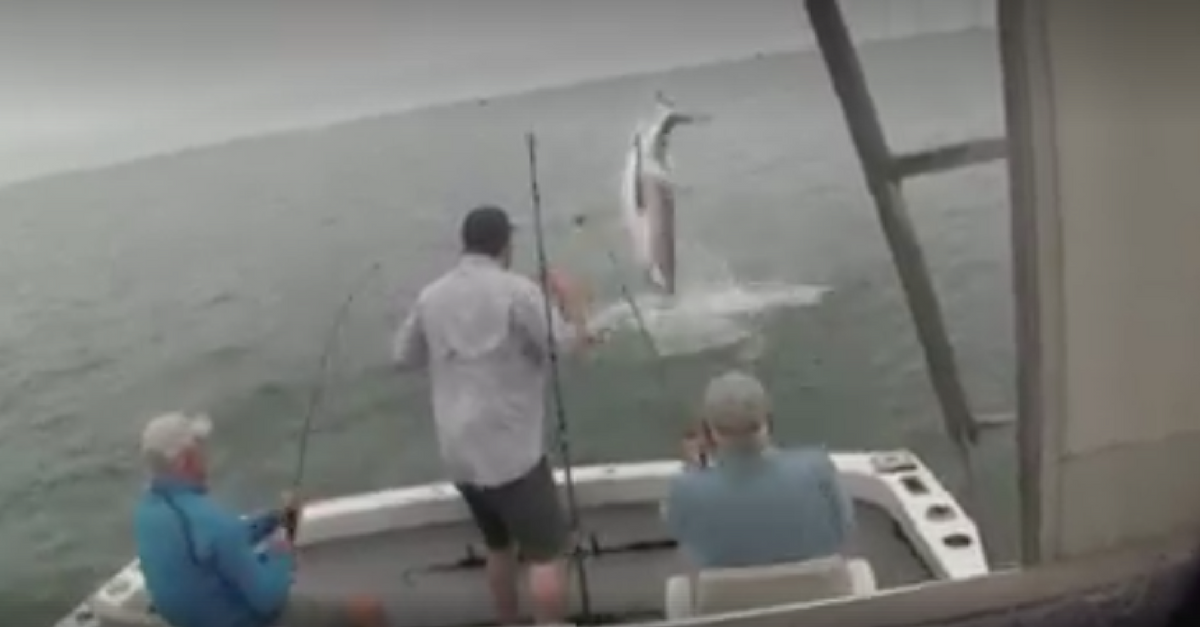 A fisherman and his charter guests off the coast of Massachusetts were reeling in a catch when a great white shark leapt out of the water and snatched it off their line. Captain Hap Farrell happened to have his camera rolling and captured the stunning moment on video. He then shared the video on his Facebook page, where it was viewed by hundreds of thousands.

In the footage, Farrell’s charter group is seen sitting on the stern of the boat. Just as they try to reel in a bass, the airborne shark rips it off the line and disappears back under water. While the video has gone viral over the past few days, Farrell says it was just another day along Cape Cod.

RELATED: Passengers aboard a fishing charter couldn’t believe their eyes when a shark jumped onto the boat and got stuck

“Remember, I’ve caught sharks before, so it was nothing special for me,” he said before he took to Facebook to let people know how common this occurrence actually is.

“I hope this obsession with the shark video comes to an end soon,” he wrote later. “It is not that unusual, it just so happened I had a video camera going at the time. Shark sightings in Cape Cod Bay happens at least once a day if not more.”

After 37 years at sea, he’s always interested to see what animal he’ll met next.

“It’s funny about nature: If you don’t play around with it or act scared of it or anything like that, you can pretty much get along with anything,” he said.

RELATED: Sickening footage of a fisherman callously shooting a shark to death is sparking outrage