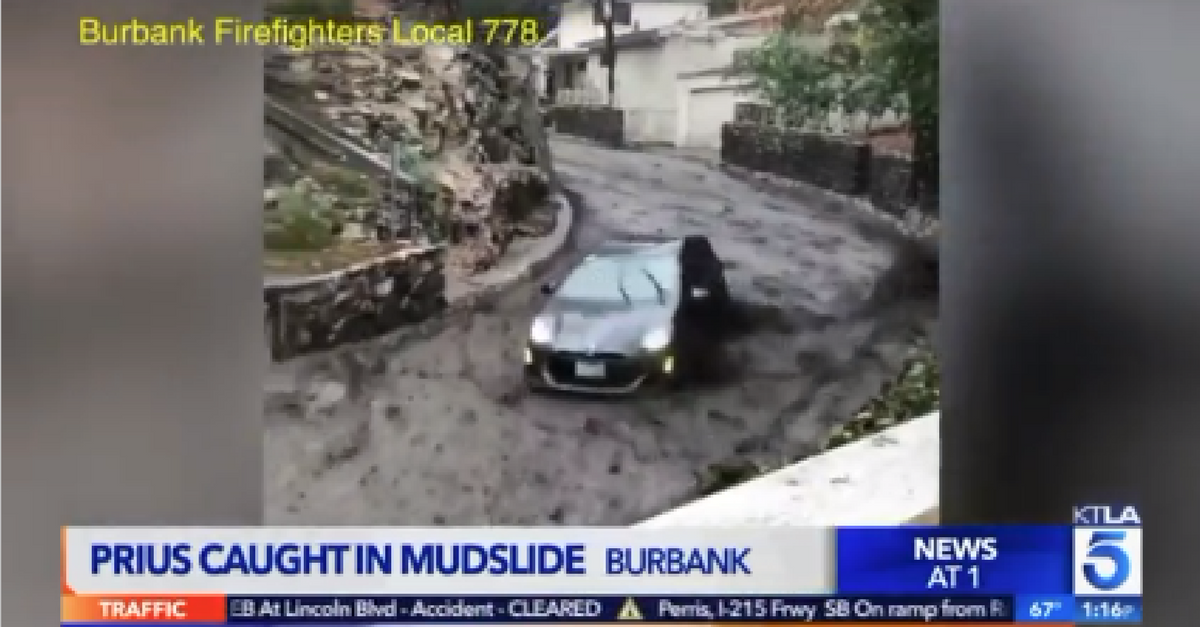 Stunning video captured the scary moment a brave Prius driver attempted to drive during California’s first storm of the winter and got swept away by a deadly mudslide.

The storm slammed the southern part of the state on Monday and Tuesday, triggering flash floods and mudslides that have killed over a dozen people. In the shocking footage, the Prius can be seen “surfing” a wave of mud around a bend in a road and down a hill. It’s unclear if the car or its driver made it to safety, as firefighters did not locate the driver. They did, however, say they never received any reports of injuries in the slide.

RELATED: Six people died on a California interstate because one driver was going the wrong way

While the storm was welcome following massive wildfires in the region, it has sadly taken the lives of at least 17 people with at least another eight missing. Nervous residents are currently waiting to hear from their missing loved ones while rescue workers continue to search for survivors.

“Right now, our assets are focused on determining if anyone is still alive in any of those structures that have been damaged,” Santa Barbara County Sheriff Bill Brown said.

Using helicopters, responders have been looking for anyone who may be trapped in the mess of blocked roads and fallen trees and power lines. The friends and families of those missing are not giving up their hope that good news is on the horizon.

“We still have to have hope and believe that people can be found. There (are) dogs everywhere searching, but I truly believe we are going to find more people alive,” Montecito resident Curt Pickering told KSBY.