A cop told a cowboy to get on the hood of a moving patrol car, and then things got crazy 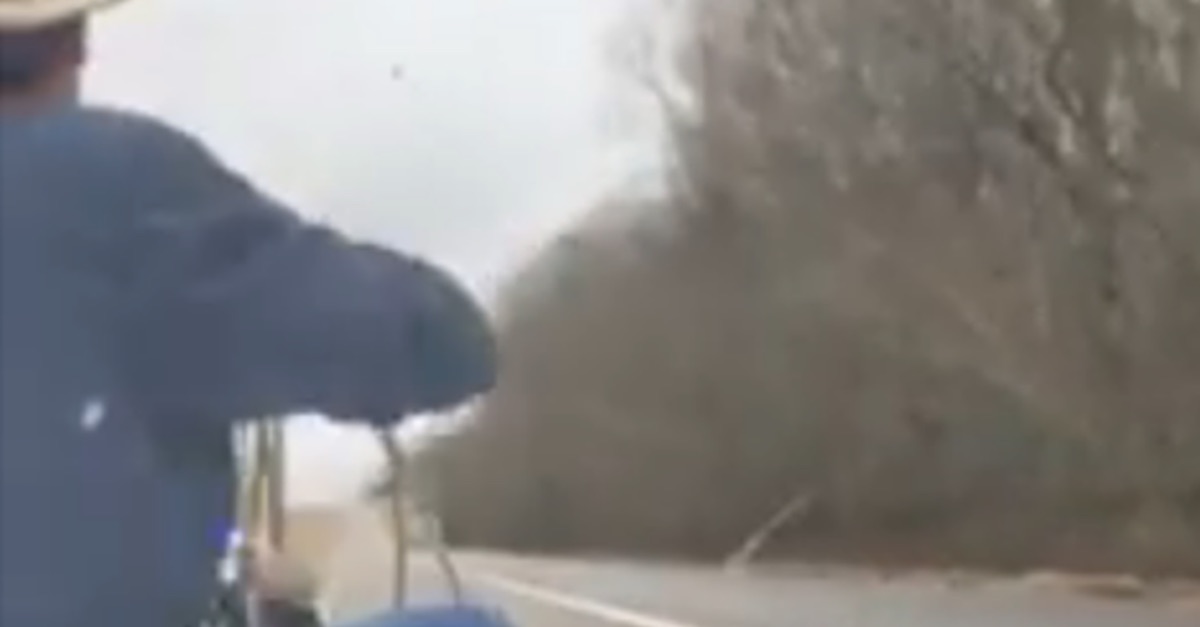 If somebody said that a cowboy sitting on the hood of a moving police car lassoed a lost calf strolling down a country highway, you probably wouldn’t believe that person.

Rancher David Bevill, who came to the aid of his friend, Henry County Sheriff Monte Belew, said of the calf corralling, “it might have been the best loop I’ve ever thrown in my life.”

The calf had fallen off a truck and didn’t know any better than to just keep hoofing it down Highway 79 in Paris, Tenn. That’s when Belew arrived on the scene. At first he tried to get the calf off the road by using his car to herd IT to safety. It didn’t work. He tried scaring it by blaring the siren. But the calf just kept on going.

RELATED: These police officers are training pit bulls to keep them out of shelters

Nearing the end of his rope, Belew then called upon his pal Bevill.

Belew videotaped the whole thing while providing play-by-play. When Bevill tosses his lasso around the calf’s neck, Belew excitedly shouts, “We just roped him! We got him! We just stopped him!”

The strength of the calf pulled Bevill off the hood of the squad car and into a bit of wrestling match.

“That calf is dragging me, and I’m trying to get to where I can tie it to the front of the car, and I look back at Monte and he is just laughing,” Bevill told WBBJ.

They men reported that the calf is safe and sound. Belew posted the adventure on his Facebook page. As of Monday morning, the video had been viewed 3.3 million times.