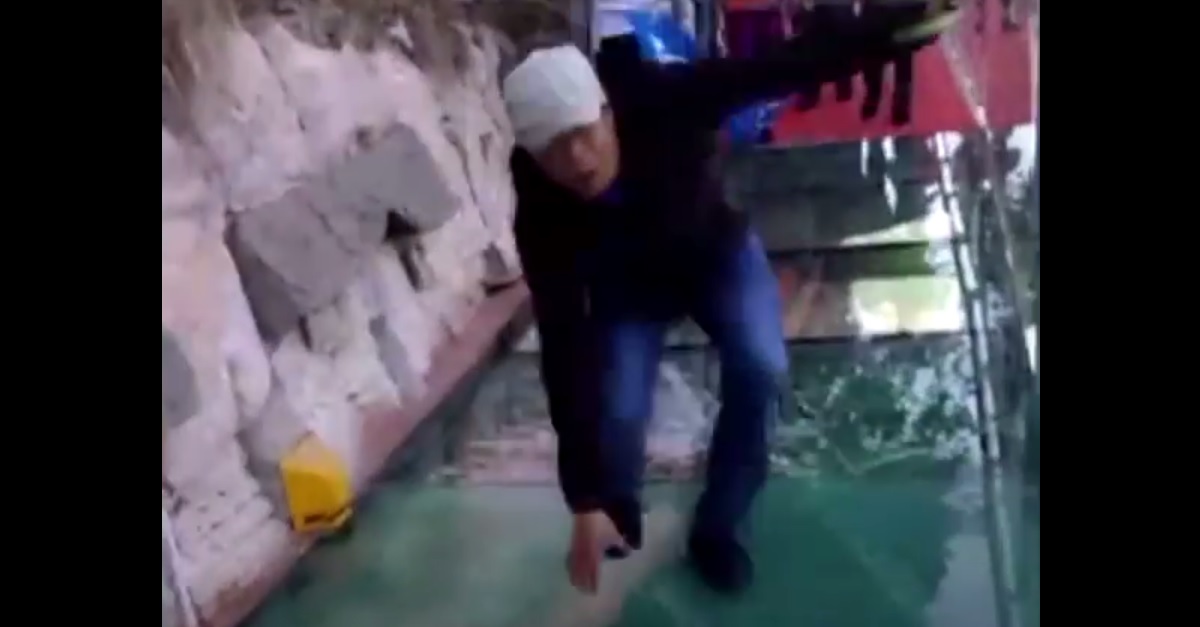 A glass walkway some 3,700 feet over China’s East Taihang Mountains near Handan City has a special feature, according to China Central Television. It’s not enough that the nearly mile-high walkway over a canyon is made of see-through glass. That’s scary enough.

This one cracks under your feet.

A special pressure-activated display mounted inside the walkway responds to the weight of people walking over it — and “cracks” according to where someone steps. It’s enough to scare anyone!

The management team for the path confirmed that the glass panels are checked every day, so while you may think you’ll be falling to your death, the path is actually completely safe.

Now who wants to take a walk?