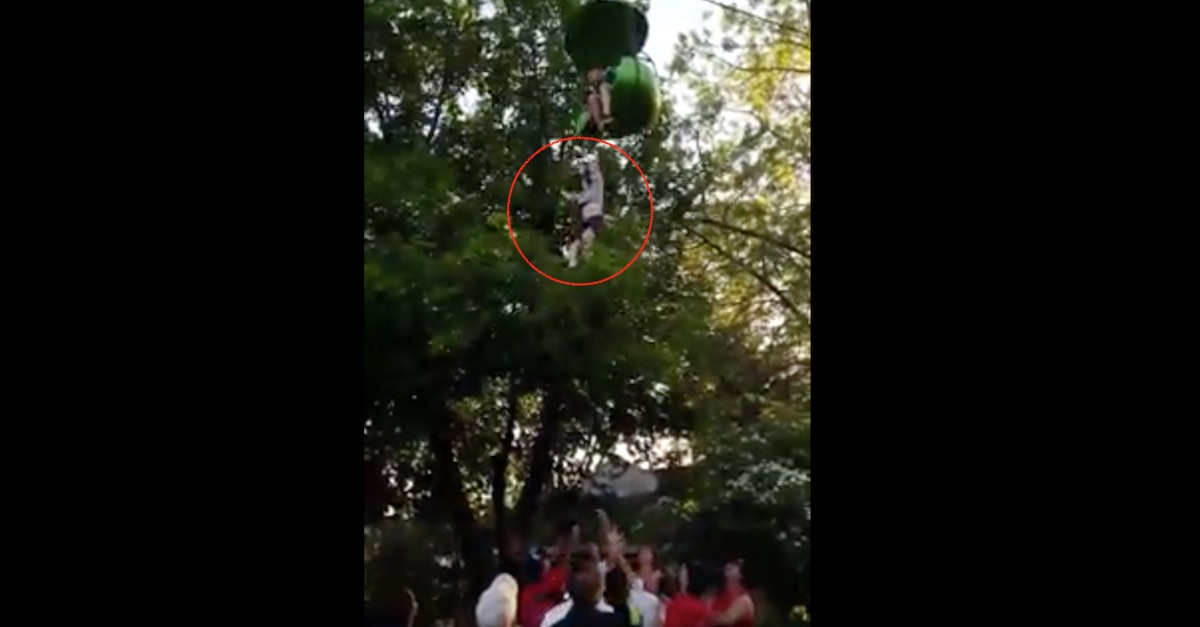 No word on how it happened yet, but a Delaware teenager is lucky to be alright after falling 25 feet from a gondola ride at an upstate New York Six Flags.

The incident, captured on video, shows the unnamed teen dangling from the stopped ride above a crowd of spectators, park authorities and police.

She was riding the Sky Ride gondola with a child relative, according to AP, when the incident occurred. The ride operator stopped the ride once notified that there was a problem.

Facebook user Loren Lent recorded the video posted here, which captures the girl escaping from the ride and falling through a tree to the crowd below.

Girl falling from ride at 6 Flags Great Escape and they have NO means to rescue them. Thanks to the guys who banded together to catch her and the guy who climbed the tree to move the branches out of the way.

She was transported to Albany Medical Center with minor injuries. Another man attempting to participate in the rescue also suffered a back injury.

An onlooker is heard saying, “Her neck is stuck,” just before she falls.

The park is investigating how the incident occurred and has closed the ride until the investigation is complete. A preliminary inspection revealed that nothing was wrong with the ride, but the park is exercising caution.

“There does not appear to be any malfunction of the ride, but we have closed the attraction until a thorough review can be completed,” a Six Flags official told Associated Press.

RELATED: A water slide?s grand opening went sideways when a kid flew onto concrete and skidded to a stop