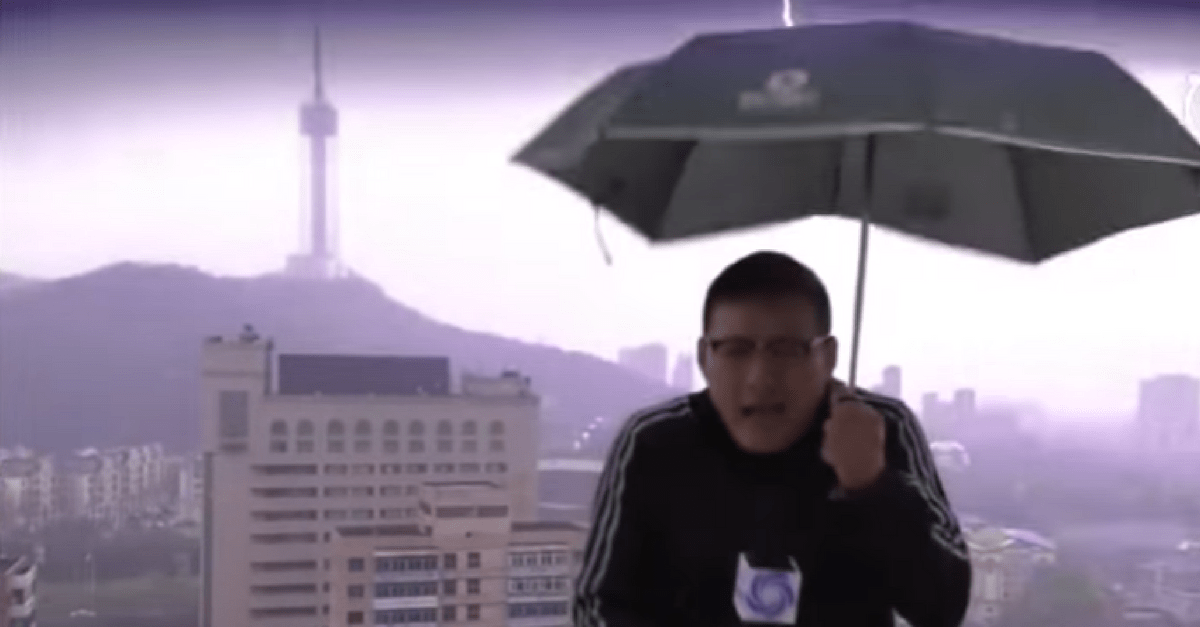 Liu Xiaodong, a reporter for the Chinese news station Dalian Weather TV, was reporting on a storm from the roof of a multi-story building when he was struck by lightning during a live broadcast. Footage from the incident caught the incredible moment on camera, an Xiaodong is lucky enough to have lived to tell the tale.

RELATED: Insane video shows a truck dragging a driver down I-15 for miles after collision

In the clip, the reporter is speaking to the camera about the weather in Dalian City when the sky erupts with bolts of lightning. Just as he wraps up the live coverage, a huge flash of lightning lights up the sky. Xiaodong can then be seen yelling and tossing his metal umbrella to the ground after he and his cameraman were struck by the steak of lightning.

Thankfully, both men survived the incident and neither suffered from any serious injuries.

“I saw a yellow spark on my hand and the umbrella handle,” Xiaodong said after the accident. “The electricity traveled up my forearm and my hand was numb afterward. The video didn?t quite capture the sparks. Had the video really captured the current hitting my hand, I probably wouldn?t be standing here giving this interview.”

RELATED: This man will never get to tap a keg again