Watch the moment when an escaped felon is served swift justice 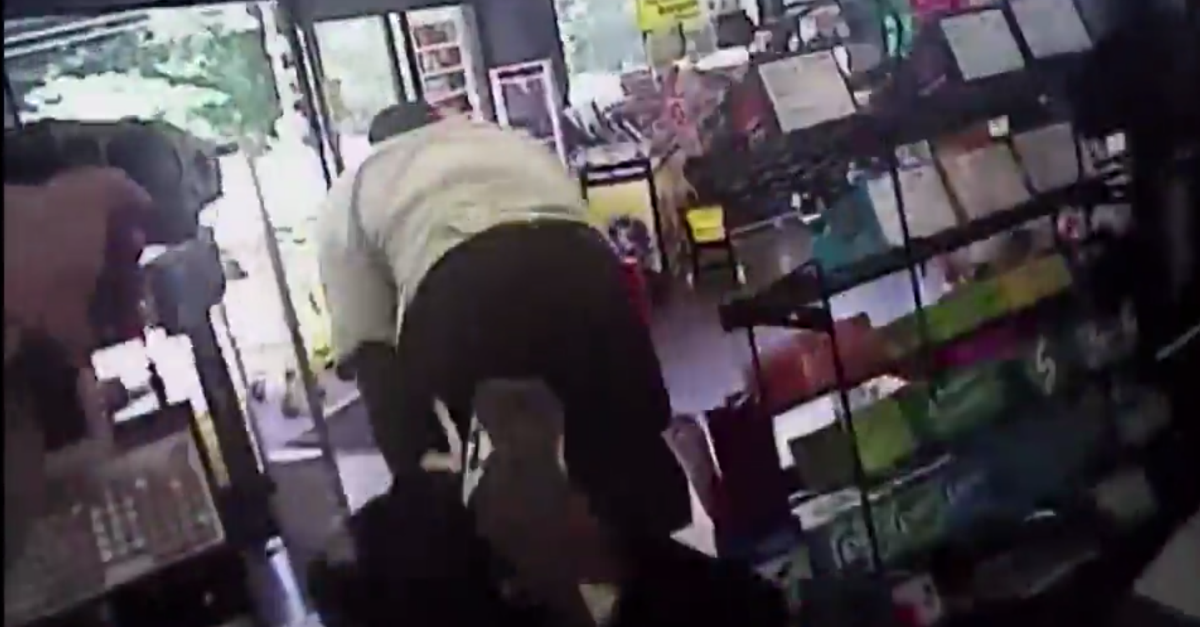 On Wednesday, police in Athens, Ga., were alerted to an escaped inmate, and after hours of searching, they managed to find him wandering the aisles of a Dollar General. The body camera footage of Lt. Christopher Nichols was recently uploaded to the internet and shows the moment when the felon, Marvin Terrell Taylor, was confronted by the law.

RELATED: Watch a Georgia sheriff try to run from a police officer after allegedly exposing himself in a city park

According to the description of the video, Nichols suffered fractures in his finger after the altercation, his partner, SPO Gregory Gilchrist, injured his elbow. The officers were sent to the scene when an employee at the Dollar General noticed Taylor, as he had been arrested for shoplifting from the store before, and called the authorities.

According to a story from Fox 5 Atlanta, police spokesman Epifanio Rodriguez explained, “He was in a work release program and failed to return. After 12 hours, when you fail to return to the program, a warrant is issued for your arrest.”

RELATED: Heart-stopping body cam footage shows the moment a motorist charged a cop with a rifle

Police deployed a Taser, but the barbs didn’t seem to pierce his skin, and Taylor managed to run away. Unfortunately for the escaped inmate, his pants fell to his ankles in the scuffle and officers managed to apprehend him outside of the store.