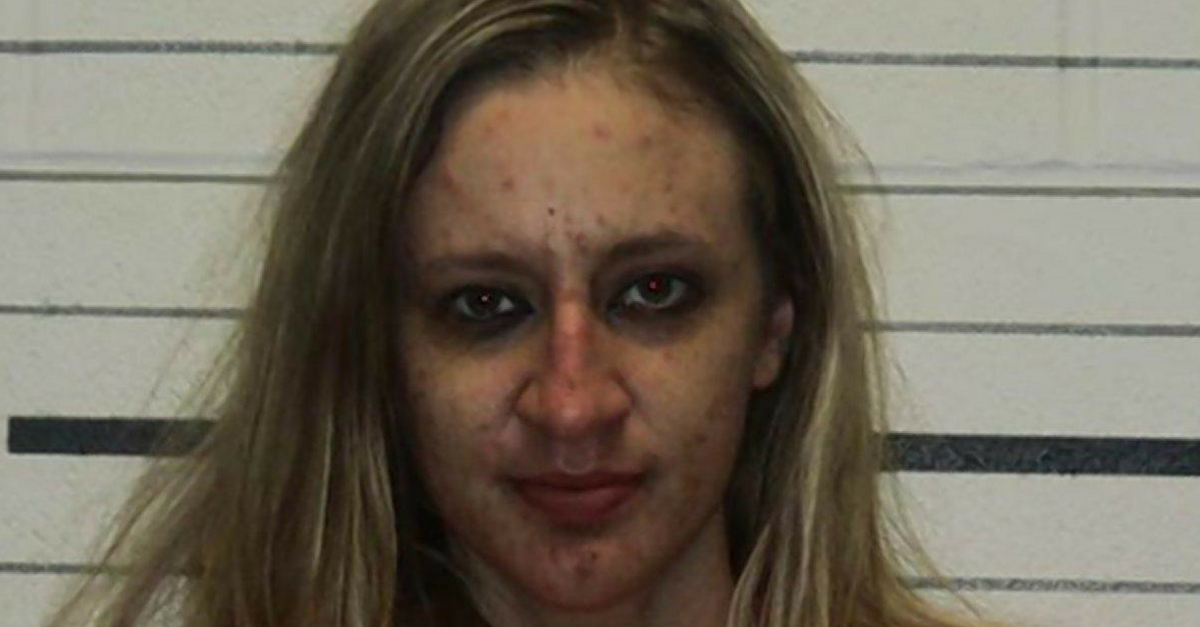 The Oklahoma teacher who brought heroin, methamphetamine and drug paraphernalia, including spoons and dozens of syringes, into her second grade classroom is now facing an additional charge of felony child neglect.

Megan Sloan, 27, was arrested earlier this month after she left her Facebook account open on another teacher’s computer, revealing a conversation about her drug use and her plans to pawn school property and steal money from children to fund her habit. When police showed up at her classroom, they found heroin, methamphetamine, prescription drugs, syringes and metal spoons in her purse. She also allegedly admitted that she stole two school iPads and field trip money to buy the drugs.

RELATED: An elementary school teacher was arrested for possessing drugs, but how she allegedly paid for them is insane

Police indicated that Sloan admitted to her drug use before they even searched her purse, with Lt. Philip Diehl adding, “She says her kids have never had access to her purse. This particular morning the purse was left in the classroom, because as soon as she arrived at work, she was called down to the office, and so she set her purse down and left.”

Diehl estimated that around 40 syringes were in her purse, and some of them still had liquid in them.

RELATED: An Ohio teacher is on administrative leave after her latest social media post offended parents