Congresswoman on Trump’s Puerto Rico tweets: “Shameful” to kick citizens when they’re down 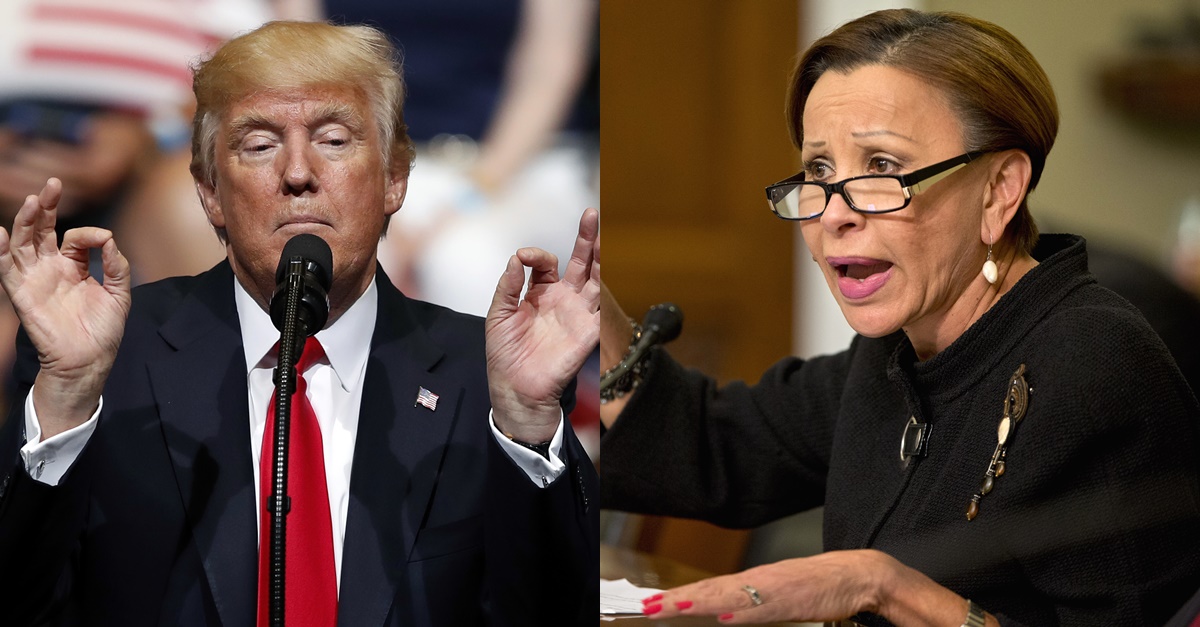 Representative  Nydia Velázquez (D-N.Y.) blasted President Donald Trump’s Thursday morning tweets about Puerto Rico, saying that “to kick fellow citizens when they are down is shameful.”

On Thursday morning, President Donald Trump sent out a series of tweets criticizing Puerto Rico, saying that “Electric and all infrastructure was disaster before hurricanes” and the United States disaster relief efforts, such as FEMA, the military and first responders, cannot stay in the unincorporated United States territory forever.

"Puerto Rico survived the Hurricanes, now a financial crisis looms largely of their own making." says Sharyl Attkisson. A total lack of…..

…accountability say the Governor. Electric and all infrastructure was disaster before hurricanes. Congress to decide how much to spend….

…We cannot keep FEMA, the Military & the First Responders, who have been amazing (under the most difficult circumstances) in P.R. forever!

Following his tweets, Rep. Velázquez, who is the first Puerto Rican woman to be elected to Congress, gave the president a stern message and a history lesson from Capitol Hill.

So, since I don’t have President Trump in front me, I just would like for you to let him know how shameful all the tweets he put out this morning; how offended and and insulted I am as an American citizen, and I would like to suggest the president get some history lessons regarding the Puerto Rican relationship with the United States.

She continued: “Puerto Rico didn’t invite the United States armed forces – it was invaded. So, with that invasion, comes responsibility.”

Carson, who was also pressed by Rep. Maxine Waters (D-Calif.) on the issue, assured the House Financial Services Committee that he had no intention of “abandoning” Puerto Rico, saying, “They are a very important part of who we are.”

Following Trump’s tweets and Velázquez’s speech, Congress passed a bill to provide aid to victims of the recent wildfires and hurricanes, including Puerto Rico. Also included in the bill was an emergency credit to keep the Puerto Rican government functioning.