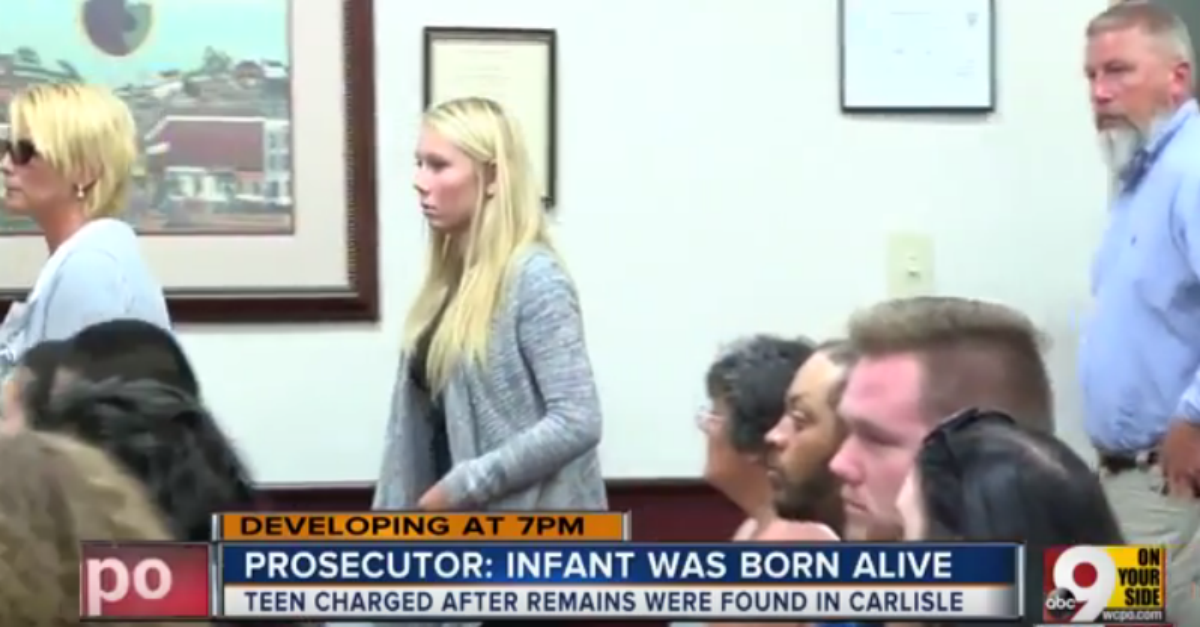 Brooke Richardson, 18, is facing a reckless homicide charge after police discovered an infant buried in her backyard. The Dayton Daily News reports that the infant was discovered on July 14 and that it was born alive rather than stillborn.

RELATED: Police say this man killed his father and didn’t bother to take the corpse off the couch

Richardson was a cheerleader at her school and volunteered at “cheer camps” as well.

The prosecutor said the homicide charge “is based upon evidence that the infant whose remains were discovered at the defendant’s residence in Carlisle one week ago today was born alive and was not a stillborn baby.”

Her attorney spoke to the media outside of the courthouse and described Richardson as a good student and young woman, saying “she didn’t drink. She wasn’t a partier or a smoker. By all measures a very good girl who helped children… She’s, by all means, a very good person.”

The macabre scene was discovered in Ohio, and Richardson was planning to attend the University of Cincinnati in the fall.

If convicted, she faces a short maximum sentence of only five years. Law enforcement did not comment on the case, citing that the investigation is ongoing.

Investigators were tipped off by a doctor’s office, and they are still waiting on the report from the coroner’s office.

RELATED: Instead of offering to help, a group of teens filmed and mocked a disabled man as he drowned

She was arrested Thursday night and released on bail. The hearing date is set for August 1.