Menu
Follow us
Search
Menu
Search
Tyler Barriss appears for an extradition hearing at Los Angeles Superior Court on Wednesday, Jan. 3, 2018, in Los Angeles. Barriss, accused of making a hoax emergency call that led to the fatal police shooting of a Kansas man, told a judge Wednesday he would not fight efforts to send him to Wichita to face charges. (Irfan Khan /Los Angeles Times via AP, Pool)

Tyler Barris is charged with involuntary manslaughter after his “swatting” prank left a Kansas father of two dead.

Barris, who is from Los Angeles, appeared in a Kansas courtroom Friday after being extradited from California. On Dec. 28, Barris allegedly called the cops in Kansas and gave them the address of a Wichita home, saying that he was a resident in the home who recently killed his family. He also indicated that there was an ongoing hostage situation. The address Barris gave police belonged to a man that he was arguing with online over a video game. However, the exact situation is somewhat unclear as sources with knowledge of the case have stated that neither Barris or the victim were involved in the game involved in the dispute.

EXTRADITION WAIVED: "Swatting" suspect Tyler Barris, 25, will be held without bail in California until he is transported to Kansas to face a felony allegation he made a hoax 911 call that led to the deadly police shooting of a Wichita man. https://t.co/LqCSvSBRNL pic.twitter.com/VcIvjXYTG1

When the victim, 28-year-old Andy Finch emerged from his house, he was shot by police. Barris’s “prank”– having the police arrive at a victim’s house — is called “swatting” and dates to the early 2000s, per CNN.

The family of Andy Finch, the man killed after a prank phone call to police, has launched a Go Fund Me to help pay for his funeral expenses.

The 25-year-old suspect said that he has no address and has not worked in six months, the Wichita Eagle reports. Prosecutors chose to pursue manslaughter charges because, in Kansas, murder can only be tried if the death is a result of felonies that were committed. Though Barris is charged with interference with law enforcement, that’s not defined as a “dangerous felony,” according to the Los Angeles Times.

Sedgwick County District Attorney Marc Bennett told the Times that, if convicted on the involuntary manslaughter charge, Barris could face over 11 years in prison.

RELATED: This teacher was arrested for sending his naked photos to a 14-year-old, but it gets a lot worse

Investigators are also reviewing the actions of the police officer who shot Finch. The officer was in a driveway across the street from Finch’s house when he fired the fatal shot and has since been placed on leave. He is identified only as a seven-year veteran of the force.

Barris also has a history of similar behavior, he’s pleaded no contest to a bomb threat charge, and police in Glendale, California, told the Times that they believe he’s been involved in at least two dozen “swatting” incidents. 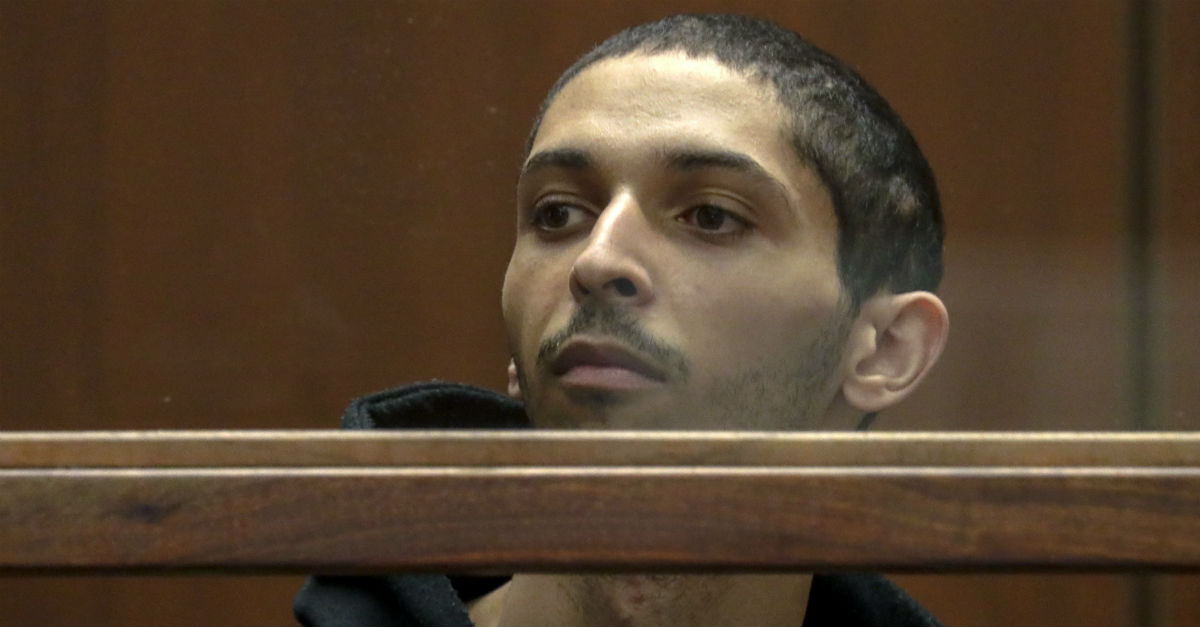