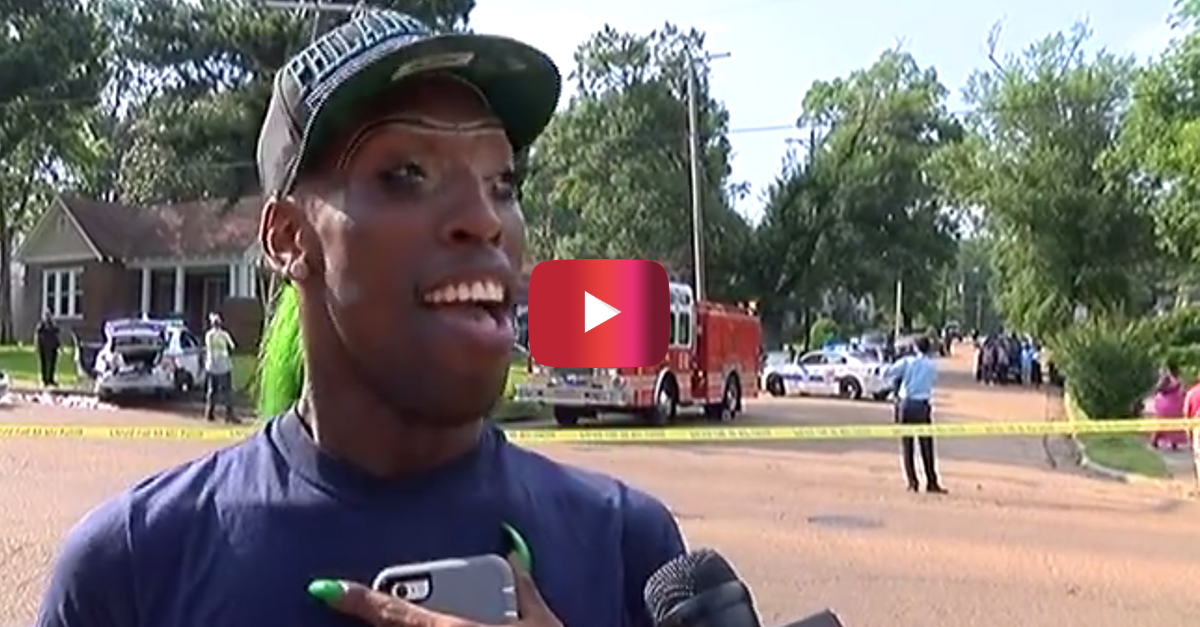 A Mississippi police officer was released from the hospital Wednesday after being thrown from his patrol car early this week when it was hit by a van.

WLBT reports the 10-year veteran suffered a head injury. His car was struck by a van being pursued by Jackson State University police. An eyewitness account of the incident went viral.

“The guy was coming down and I guess the police was trying to do a stop point,” said the witness, identified by SB Nation as Courtney Barnes. “The man said ‘No, not today,’ and they began to race behind each other like cats and dogs. The police officer got behind the man and started going so fast his car speed out of control. Girl, he hit the pole! His head went to one side and his body went to the other side and this is the results.”

Another witness, Ruby Evans said the driver fled. Police say the driver has not yet been taken into custody.