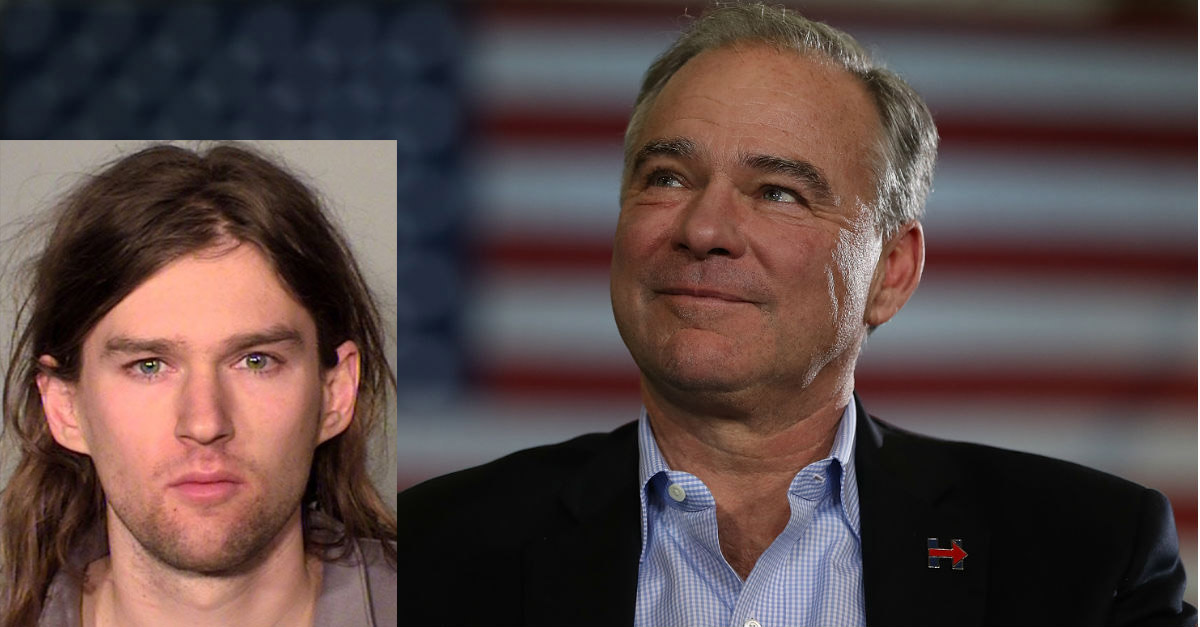 Linwood Michael “Woody” Kaine, who is the youngest son of Virginia Senator Tim Kaine, was sentenced to a year of probation on Thursday after a protest at a pro-Trump rally back in March got out of hand.

The rally took place in St. Paul, Minnesota and Kaine currently lives in nearby Minneapolis; President Trump was not at the event, which was termed “March 4 Trump.” According to the criminal complaint, about 400 Trump fans showed up and were met by between 75 to 125 protesters. At some point, a smoke bomb was thrown inside the rally and a number of people were arrested. The probable cause document states that Kaine ran from officers and when they finally caught up with him, it took several cops to restrain him, per a CNN report from May.

RELATED: Charges are in for Tim Kaine’s son, who participated in a riot that broke out at a Trump rally

Seven other protesters were arrested and two of them face felony charges related to using tear gas. Kaine, who was the vice presidential candidate under Hillary Clinton, has been tight-lipped about his son’s arrest. In March he offered the following comment through his office: “We love that our three children have their own views and concerns about current political issues. They fully understand the responsibility to express those concerns peacefully.” Woody Kaine never appeared on the campaign trail with his father and the Virginia senator’s oldest son is in the military and was deployed overseas during the election season.

A spokeswoman for Senator Kaine told the Times-Dispatch on Thursday, “While some were charged for disruptive activity at the rally, Woody behaved peacefully there and faced no such charges. He has plead guilty to a misdemeanor in connection with actions during an arrest after leaving the rally.”

The other two charges that Kaine faced were both dismissed.