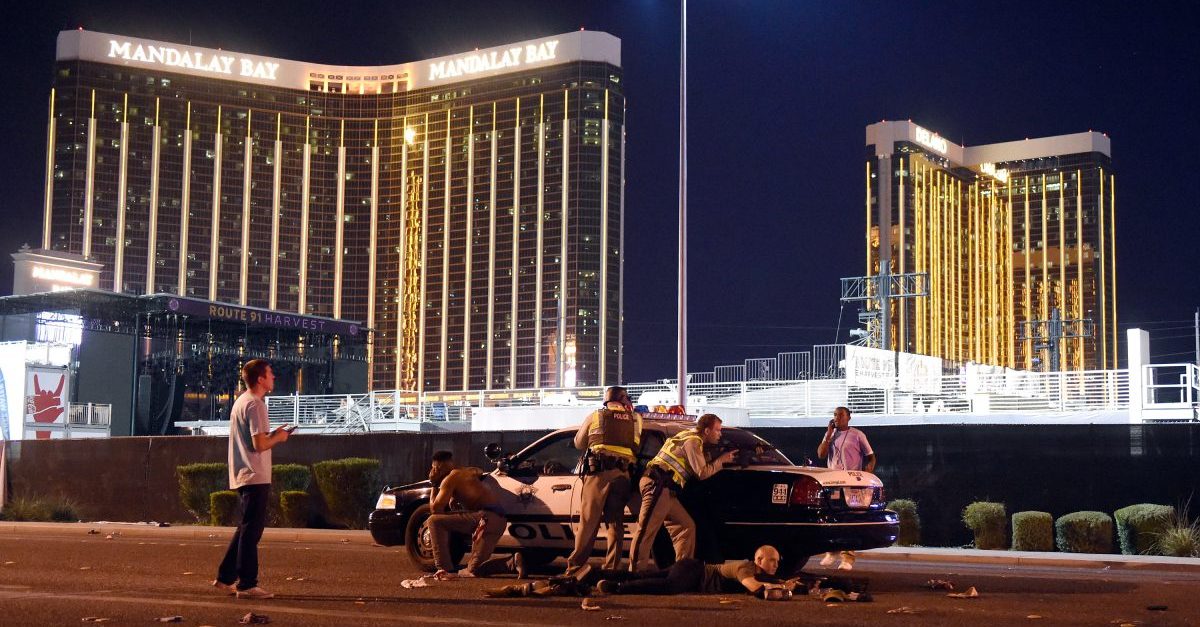 MGM Resorts International, the parent company of the Mandalay Bay casino and hotel used by Las Vegas shooter Stephen Paddock to fire onto the Route 91 Harvest festival, has offered a new timeline for the Oct. 1 attack.

It’s the second time in one week that the timeline for the worst mass shooting in modern American history has changed.

The changes concern the first six minutes of the shooting. It was first believed that shooter Stephen Paddock stopped the attack to confront Mandalay Bay security guard Jesus Campos. On Monday, Sheriff Lombardo announced that Paddock shot Campos at 9:59 p.m. and began firing on the crowd at 10:05 p.m.

The new timeline released by MGM cuts out those six minutes entirely, saying that Paddock resumed firing “at the same time, or within 40 seconds after” shooting Campos, prompting Campos’ “shots fired” call. Campos was responding to an open door alarm on the 32nd floor at 9:59 p.m., the same floor as Paddock’s suite.

After finding a stairwell door that Paddock had screwed shut, Campos used another stairwell to approach the floor — and Paddock’s room. He approached Paddock’s room at 10:05 p.m. and was shot. The remainder of the timeline remains the same.

Lombardo announced Friday that MGM’s revised timeline would be recognized as the new timeline for attack unless other information becomes available. There is still no known motive for Paddock’s attack.

Sheriff Lombardo defended the ongoing revisions of the timeline and other facts about the attack, citing the “dynamics and size of this investigation.”

“There is no conspiracy between the FBI, the LVMPD and the MGM. Nobody is trying to hide anything in reference to this investigation,” he told reporters at Friday’s press conference.