President Trump’s continuing feuds with professional athletes and other members of professional sports organizations continue to burn, and Trump may have insulted one of his erstwhile allies and personal friends in the NFL: New England Patriots owner Robert Kraft.

In an interview with MSNBC, Trump was asked specifically about Kraft defying him in a statement released by the Patriots that opened, “I am deeply disappointed by the tone of the comments made by the President on Friday.” Trump said Kraft was being disrespectful to the nation.

President Trump: Kneeling during national anthem is “very disrespectful to our flag and to our country” https://t.co/1JP68WuPUM

In the video, there’s a moment where appears that Trump flips off the camera when asked about his and Kraft’s disagreement. But maybe he was only using his extended middle finger to wipe his sweaty brow during an interview session on a warm Sunday afternoon.

During a rally speech in Alabama on Friday night, Trump attacked NFL players who kneel for the national anthem in protest of racial inequality. If a player participates in an anthem protest, Trump said the team’s owner should “fire the son of a bitch.” On Saturday he called for fans to boycott the NFL if players continue to protest.

And protest they did. Players across the league Sunday, including Patriots players and some team owners, either knelt, held up a single fist or locked arms to protest Trump. NFL commissioner Roger Goodell and a number of teams responded with strongly worded statements in defiance of Trump.

RELATED: NASCAR weighs in on national anthem and says what America has been waiting to hear 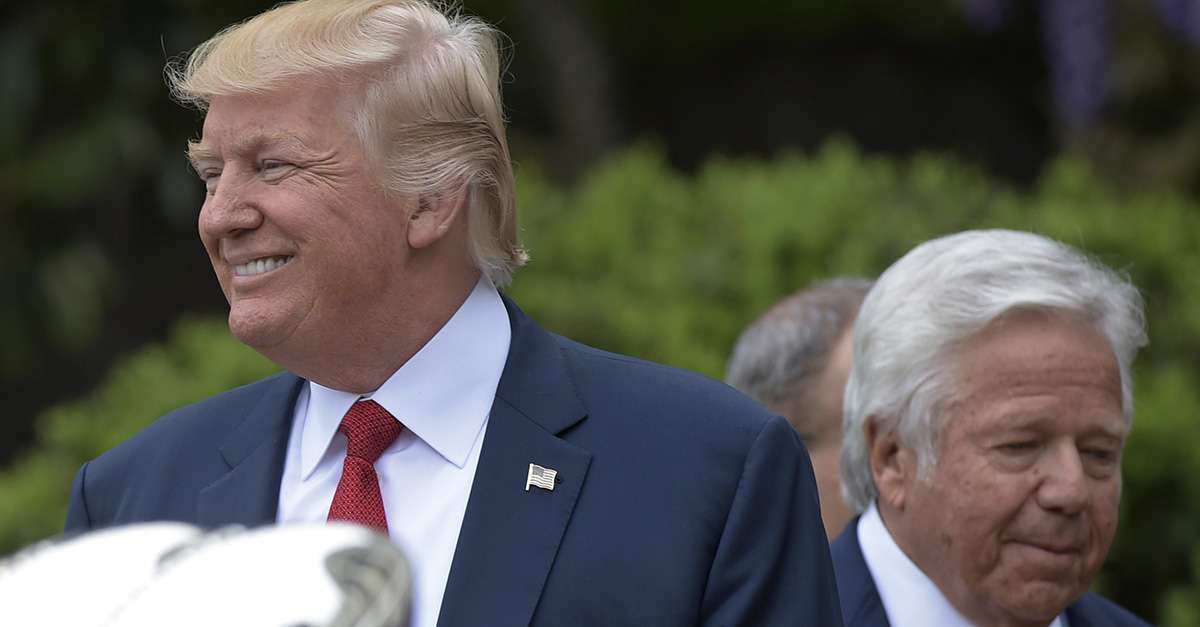