Menu
Follow us
Search
Menu
Search
CEDAR FALLS, IA - SEPTEMBER 28: Students wait in line to vote on the campus of the University of Northern Iowa (UNI) on September 28, 2012 in Cedar Falls, Iowa. Most of the voters in the line walked from a nearby rally with first lady Michelle Obama to the polling place to cast their votes. Yesterday Iowa began early voting in select locations throughout the state. (Photo by Scott Olson/Getty Images)

In the interest of maintaining “balance in the employment of faculty,” Iowa Republican lawmakers are now considering a bill that would make political affiliation a condition of hiring new professors at state universities and require universities to maintain current records of faculty political party affiliation.

Under SF288, it would be illegal for the faculty of any Iowa state university to have more than a 10 percent majority in favor of a single political party. This requires the state Commissioner of Elections to submit annual party registration data on current professors. It also requires the commissioner to submit voter registration data to screen all new applicants for teaching roles.

RELATED: Lawmakers push to make English the official language in the U.S.

College professors may choose to register as Republicans, Democrats or no party/unaffiliated; if no party, a professor would simply not be counted in determining the majority of the faculty. If the political party affiliation of an otherwise qualified candidate for a teaching role would tip a faculty’s political party majority past 10 percent, that candidate cannot be hired under this law.

While discriminating by party affiliation is not expressly illegal under federal employment law (though some states prohibit it), Iowa Democrats say this law is intended to intimidate traditionally Democrat-leaning university faculties and freeze hiring at state universities. Critics also note that such a requirement could be easily gamed by simply switching party affiliations.

The bill has been referred to Iowa’s Standing Committee on Education. 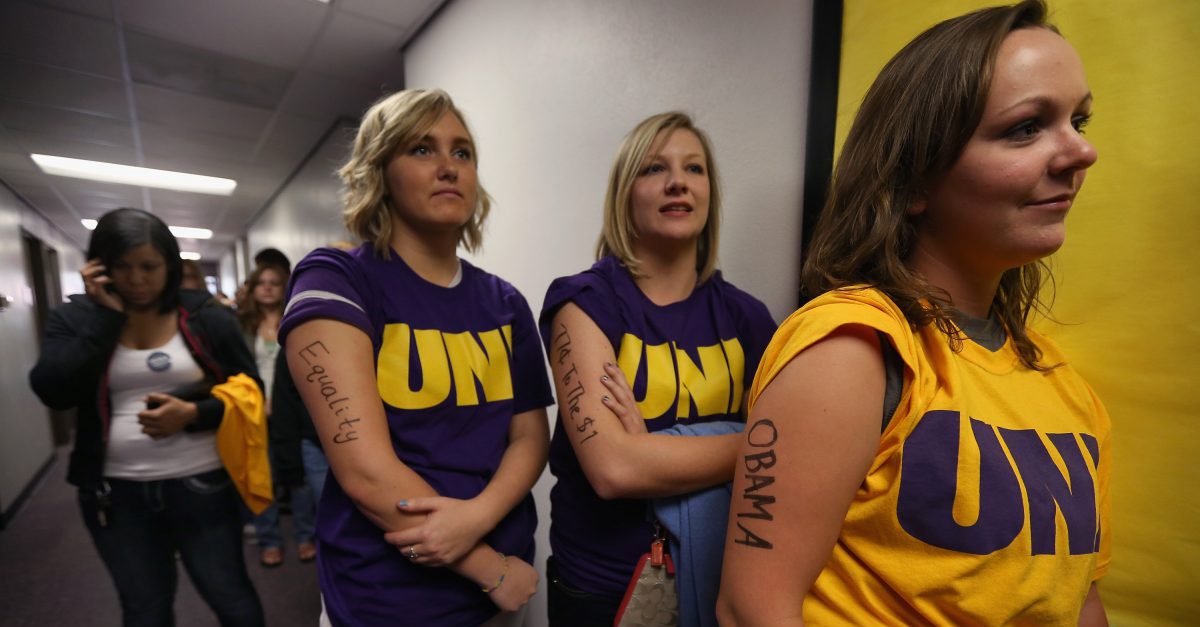