A security camera caught this boy’s small act of patriotism, and his proud mom wants every parent to see it 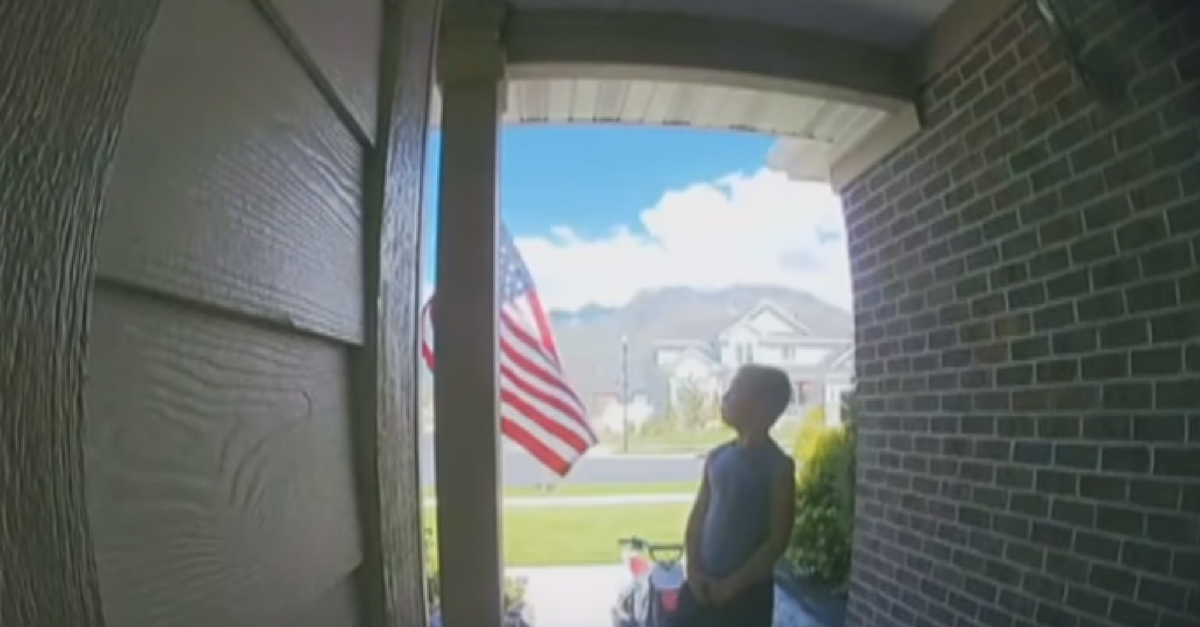 A video showing a young boy pledging allegiance to the flag when no one was looking is being circulated around the internet.

Utah woman Jami Warner caught her 7-year-old son Wyatt pledging allegiance to the flag all on his own while the neighbor’s security camera recorded the footage. In the video, Wyatt rides his bike up to the neighbor’s doorstep. Before he rings the doorbell, he stops and notices the American flag hanging on the porch.

RELATED: A 75-year-old vet has been acquitted after he was charged with publicly displaying American flags

Wyatt then immediately puts his hand over his heart and recites the Pledge of Allegiance.

“He doesn?t pledge allegiance, that I am aware of, other than at school [?] or at an event,” his mother told Fox News after sharing the video on Instagram. “I can?t remember a time when he did this on his own.”

When she saw the video, Warner knew she wanted to share it with other parents to show them that kids to listen to them.

“I wished I could show it to every parent who feels like what they teach their kids goes in one ear and out the other,” she said. “We try to teach our three kids about how lucky they are to live in this country and about the men and women who have served and died for our freedom.”

RELATED: Watch the moment this father is reunited with his helmet from the Vietnam War